21 May 2020 – Yesterday, the European Commission published their roadmap for EU policy action on biodiversity and food for the coming decade. In the midst of the COVID-19 outbreak that has brought our relationship with the natural world into sharp focus, the strategies have never been more timely.

The EU Farm to Fork and 2030 Biodiversity Strategies launched today are potential game changers for EU nature, food and farming policies. The strategies propose a new wave of essential and long overdue targets on topics such as protected areas, restoration of nature, organic farming and the reduction of agricultural chemicals. These targets can also guide countries in Central and Eastern Europe in designing sustainable investment measures to recover from the current crisis.

Since the voluntary restoration target in the current strategy clearly did not deliver, the commitment to present binding EU nature restoration targets in 2021 is one of the main achievements of the Biodiversity Strategy. Restoring natural ecosystems will not only contribute to solving the biodiversity crisis, but also to climate change mitigation and adaptation. WWF, along with other NGOs, were strongly advocating for this. For Central and Eastern European countries, the new restoration target can potentially enable forceful actions that utilise nature-based solutions for mitigating the climate crisis such as creating resilient forests, removing barriers in rivers, and reconnecting floodplains - for example along the Lower Danube.

There is also a clear commitment to increase the percentage of Protected Areas (PAs) and Marine Protected Areas (MPAs) to least 30% of the EU’s land and sea. The move would institute strict protection regimes for one third of these areas, including the remaining primary and old-growth forests. However, strong monitoring of the management effectiveness of all PAs and MPAs will be needed to avoid this becoming a paper exercise.

“The Biodiversity Strategy spells out what WWF deeply believes in: that nature protection and restoration will only lead to lasting positive change if it is planned and implemented with genuine participation across society, with the active involvement of citizens, NGOs, businesses, social partners and the research community,” states Irene Lucius, Regional Conservation Director, WWF Central and Eastern Europe.

WWF also welcomes the announcement of new EU legislation for a sustainable food system for 2023 in the Farm to Fork Strategy; an initiative to be praised for its long-term vision and its potential to reinforce sustainability in all of the EU’s food-related policies. This is further reinforced by the targets proposed for organic farming, landscape features and on pesticides, fertilizers and antibiotics. The Farm to Fork Strategy provides a clear orientation that agriculture must transition towards nature-friendly farming and away from its high dependence on agricultural chemicals.

Crucially, the strategy contains a new requirement for Member States to set comparable targets when drafting Common Agricultural Policy (CAP) strategic plans. This will ensure the consistency of the strategy's overall targets with farming policy. WWF calls on co-legislators to enshrine this new requirement in the CAP regulations currently under discussion.

The Farm to Fork and Biodiversity Strategies show clear commitments to tackle key drivers of biodiversity loss. However, WWF is deeply concerned that the European Commission has not taken this opportunity to safeguard its water laws. By failing to exclude a revision of the Water Framework Directive, despite its own evaluation saying it is fit for purpose, it has left Europe's water policy in limbo.

“The Commission has shown leadership today. The upcoming discussions in the European Council and Parliament will show whether Europe is serious about a real European Green Deal that puts our planet on the path to recovery!” said Andreas Baumüller, Head of Natural Resources, WWF European Policy Office.

For further information, here is a brief overview of the main points WWF was looking out for. 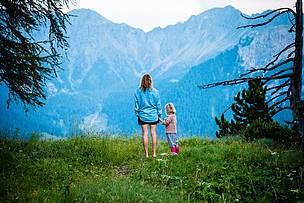 WWF is deeply concerned that the European Commission has not taken this opportunity to safeguard its water laws.