27 May 2020 - The EU is still aiming for a sustainable and climate-neutral economy, but much is missing. The EU Recovery Package presented by the European Commission today has reconfirmed its ambition to achieve the European Green Deal, but many key elements, including the role of nature are still missing. Moreover, backdoors seem to have been left open for unsustainable investments to continue. The package consists of a revised EU budget (MFF) proposal that includes additional recovery funds, with an overall value of 1.85 trillion EUR.

“Today’s announcements are an effort to uphold President von der Leyen’s pledge to make the Green Deal the ‘motor’ of economic recovery. Unfortunately, half the motor is still missing, so this recovery looks set to stall,” said Ester Asin, Director of the WWF European Policy Office. “In particular, we are missing clear mechanisms for implementing and enforcing the green conditions to truly ensure that no money spent by Member States will go to harmful activities such as fossil fuels or building new airports and motorways."

While the Commission names a number of sectors crucial for the creation of green jobs - such as energy efficiency and renewable energy - little clarity is given on the overall share of funding to these. Furthermore, direct investments in nature are mostly missing. It also proposes to introduce guidance on “green strings” for any EU support to companies (via investEU), but there is no assurance that the overall package will adhere to the “do no harm” principle of the European Green Deal.

“The EU Biodiversity Strategy 2030 published a week ago stresses that natural capital investment, including  restoration of carbon-rich habitats and climate-friendly agriculture, are among  the five most important fiscal recovery policies; policies which offer high economic multipliers and  positive climate impact”. said Irene Lucius, Regional Conservation Director of WWF Central and Eastern Europe. “Unfortunately, this Recovery Package does not cross-reference to the investment needs and opportunities put forward in the Biodiversity Strategy 2030. Central and Eastern Europe in particular offers immense opportunities, from river barrier removal to restoring floodplains and making forests resilient to climate change.”

Since the beginning of the crisis, WWF has stated unequivocally that a truly green recovery must not support activities that are harmful to the environment; that it should include substantial investments into zero-carbon sectors and nature restoration - at least 50% of the total; that it should reinstate the climate spending target under the current EU budget by the end of 2020; and that it should use the EU Taxonomy to identify the activities that should be supported in order to reach these targets. The EU Taxonomy is an EU classification system for sustainable activities.

There is also a proposal to increase the Just Transition Fund to €40 billion. While this is important and very welcome, the Fund must explicitly exclude all fossil fuels and cannot replace the other sources of financing and company investments that are crucial to help regions move away from high-carbon activities.

The Commission has so far authorised 2 trillion euros in state aid by Member States, without requiring meaningful green conditions. Worryingly, it failed to provide clearer guidance today. It should require Member States to at least make support to large companies in high-carbon sectors conditional on producing credible plans to transition to a zero-carbon business model. This lax approach risks even bigger sums of state aid going to polluters. Central and Eastern European governments and political leaders must acknowledge that such badly designed recovery plans risk exacerbating the social inequalities and environmental crisis that threaten their path towards higher prosperity.

While the Commission mentions the need to unlock investment in clean technologies and value chains to ensure the decarbonisation of EU Industries, little is given on how to achieve these sustainable pathways. The EU must make funding to energy-intensive industries (particularly large industrial companies) conditional on their having carbon-neutrality transition plans. Decisions taken today will have impacts on what is possible as far away as 2040. 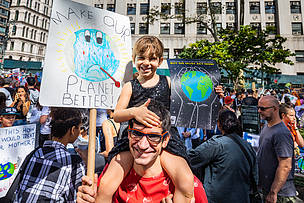 “The EU Member States and MEPs must now get out their toolboxes and ensure that our economic recovery is truly green and just, not just on paper. This is what millions of Europeans have been