Moment of Truth for EU as Over One Million People and 100 NGOs across Europe Call for Green, Healthy and Just Recovery

WWF-CEE calls on the governments of Hungary, Slovakia, Romania and Bulgaria to support the initiative.

14 May 2020 - Over one million people and 100 environmental NGOs across Europe are calling on the European Union to restart its economy by launching the biggest green investment plan the world has ever seen, financed by the bloc’s increased budget and recovery instrument. Tomorrow [Friday], MEPs will decide what they want in the EU’s Recovery Fund and seven-year budget ahead of the European Commission’s much awaited proposal next week.

To date over 1.2 million people from across the world have joined campaigns at avaaz, WeMove Europe, and SumOfUs, supporting the call for a bold, green recovery in Europe.

WWF-CEE calls on the governments of Hungary, Slovakia, Romania and Bulgaria to support the initiative. “Central and Eastern Europe has most to lose from a business as usual approach in terms of natural capital; and most to gain from a green recovery programme that provides stability and green jobs.” - Andreas Beckmann, CEO of WWF Central and Eastern Europe.

Alongside, the Green 10 coalition of environmental organisations have organised an appeal urging lawmakers to design a green, healthy and just recovery with a fund investing hundreds of billions into home renovations, scaling up renewable energy, restoring natural habitats, boosting public transport and zero-emission mobility, and greening agriculture.

The environmental groups have stressed that all recovery plans must put people’s wellbeing at the heart of the crisis response, deliver social benefits and protect workers’ rights through a “just transition for all.” The NGOs and petitioners warn against EU and national governments bailing out polluting industries involved in sectors such as gas, oil and coal, chemicals, cars and airlines. Any stimulus investments must be conditional on companies’ alignment with social, environmental and climate objectives. The EU must improve the environmental safeguards of the next budget, dedicating at least 50% to climate and the environment, and excluding all fossil fuel subsidies.

Wendel Trio, Director of Climate Action Network (CAN) Europe, said: "The COVID-19 crisis teaches us that prevention is better than cure. Acting to prevent dangerous climate change is the best way to get Europe and the world out of this economic crisis in a way that protects citizens and economies from future disruptions. And an ambitious climate policy is a guarantee that the stimulus package will have the most value for its money. For the next EU budget that means no support to fossil fuels and spending plans that serve the transition to climate neutrality."

Ester Asin, Director of the WWF European Policy Office, said: “We’ve heard a lot of lip service paid to a ‘green recovery’ lately, but now it’s time for decision-makers to put their money where their mouth is. The current crisis is a stark reminder of how closely human and planetary health are interlinked - only together can people and nature thrive. A green recovery means restoring nature, protecting our environment, and accelerating the transition to a carbon-neutral and resilient economy. MEPs must lead the way."

William Todts, Executive Director at Transport & Environment, said: “This is Europe’s moment of truth. We want the Commission to propose the biggest green stimulus plan the world has ever seen. This is the only way to keep Europe together and to emerge stronger, healthier and greener from this crisis.” 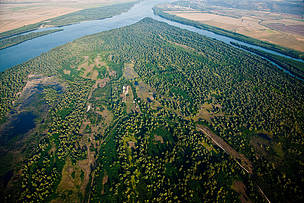 Central and Eastern Europe has most to lose from a business as usual approach. 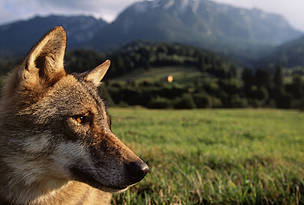 A massive "green recovery" plan is the only way to keep Europe together and to emerge stronger, healthier and greener from this crisis.