2020 June 16 - The Hungarian Constitutional Court declared that the conditions required for the preservation of natural values ​​in protected and Natura 2000 areas will be restored. The ruling will make clear-cutting a less frequent forest management practice, especially in state-owned forests.

Although the Forest Act (2009) was created with the broad involvement of stakeholders and contained many forward-looking nature conservation provisions, it was amended under strong pressure from forest managers in 2017. Despite strong NGO protests, the amendment significantly reduced the legal means available to protect natural values and the conservation of the wildlife ​​in protected and Natura 2000 forest areas. Therefore, WWF-Hungary, BirdLife Hungary and Friends of the Earth Hungary filed a complaint with the Office of the Commissioner for Fundamental Rights. After considering the constitutional concerns, the Commissioner’s Office concluded that the amendment to the Forest Act infringes the prohibition of regression and the legal certainty, and forwarded the complaint to the Constitutional Court in 2019.

"Although the aim of the amendment would have been the reduction of administrative burdens, several nature conservation regulations were relaxed or abolished. The reduction of the continuous cover forestry management methods, which are the best alternatives to clear-cutting was a particularly painful move. Many of us, both foresters and conservationists, fought for the mandatory introduction of this in state-owned forests in 2009." – László Gálhidy, Forest Programme Coordinator, WWF-Hungary.

"Our organisations appreciate the detailed professional legal analysis of the Office of the Commissioner for Fundamental Rights and the decision of the Constitutional Court," – said Katalin Sipos, Director of WWF-Hungary. "We hope that nature conservation and forestry actors will also see the decision of the Constitutional Court as a norm; and blatant destruction of nature such as the deforestation of Tar-kő in Bükk Mountains or the old forests near Tiszaug will not be possible in the future."

Hortobágy National Park, one of Hungary’s 10 national parks, was established almost a half century ago. However, the area’s designation did not protect it from forestry and other commercial practices being carried out on its “protected” territory. After years of campaigning by environmental NGOs, the Government has finally introduced a “core area” zone in Hortobágy. The fundamental goal is to ensure that nature remains as undisturbed and with as little human intervention as possible. The decree that came into force in June, determines the type of land use that is allowed in certain parts of the national park. This ensures that a part of the world-famous forest-steppe can again become a true wilderness area. WWF-Hungary hopes that with this precedent, core zones will also be established in the country’s other national parks in the near future.

WWF Hungary launched its campaign by first focusing on the planned logging in Csarna Valley in Danube-Ipoly National Park in 2012. The campaign drew attention to the fact that despite national parks existing in Hungary since the 1970s, true undisturbed wilderness areas do not exist. Even though undisturbed habitats are much needed for the survival of rare and endangered species such as large carnivores, black storks, or white-tailed eagles, logging; grazing, arable farming continue within the boundaries of protected areas.

The preservation of functioning ecosystems and the maintenance of their natural processes are crucial for the survival of species and biomes in Central and Eastern Europe (CEE) that cannot persevere in areas heavily impacted by human activity. In many cases, such protected areas represent the last hope for critically endangered or endemic species otherwise threatened by extinction. Protected areas provide important space for ecological adaptation and evolutionary processes, thus playing a critical role in the face of climate change. Moreover, they generate direct human benefits in the form of ecosystem services.

“We appreciate the efforts of the Ministry of Agriculture, as a result of which the first national park in Hungary that meets international professional criteria has been established. In addition to the saline steppes and marshes, the Tilos Forest in Újszentmargita has also become part of the natural zone. So we can say that firstly we return an iconic piece of the forest-steppe landscape to nature – as our ancestors would have seen it. There will be no traditional land use, such as grazing or logging in this area, but nature-loving tourists can still visit the zone, as long as they follow the rules.” – said László Gálhidy. “We hope that the progress that has begun in Hortobágy will soon continue in our other national parks and that similar zones will be established on Bükk Plateau, in Gemenc, in Őrség, and Kis-Balaton. We are very much looking forward to the juncture when the largest wilderness forest area in Hungary, the Csarna Valley will be also permanently exempted from logging, and instead offer a unique, attractive terrain for ecotourism.” – the expert added.

Biodiversity, forests and freshwater habitats must be protected in order to protect our own health as well as the planet's. This is why the EU Biodiversity Strategy under the European Green Deal must do more to protect critically endangered species and their habitats, and preserve ecosystems such as the Danube and forests. Future pandemics will only be avoided if people learn to live in harmony with nature. 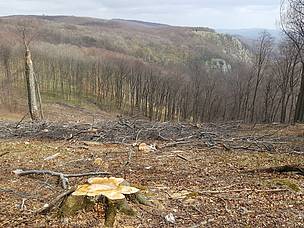 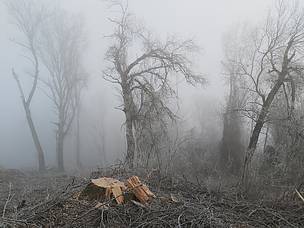 WWF-Hungary hopes that with the new ruling, blatant destruction of nature such as the deforestation of the old forests near Tiszaug will not be possible in the future. 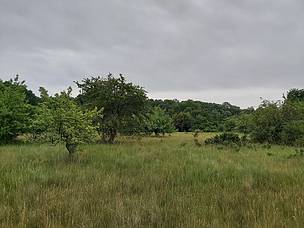 The new core zone at Hortobágy National Park ensures that a part of the world-famous forest-steppe can again become a true wilderness area.