Success for Alternative Income Development Initiatives on the Danube and Black Sea Depends on Women.
13 May 2020 - The national teams of the LIFE for Danube Sturgeons Project are working closely with targeted fishing communities to devise and implement income alternatives that create new opportunities for the development of the nature-based economy in the region that do not involve sturgeon fishing. Getting more women from the fishing communities along the Lower Danube and the Black Sea coast involved in alternative income development may be the determining factor for long-term sturgeon conservation success or failure. This was the premise that brought experts together at the second “Engaging Fishing Communities in Conservation” workshop (online) to discuss how to achieve greater success for the business plans being developed as part of the Life for Danube Sturgeons Project.

How can local communities be compensated for income loss resulting from conservation measures, but also create support for species protection such as sturgeons? Alternative livelihood development success stories were presented from Croatia, Bulgaria, Mexico and Turkey.

“Alternative income activities require a well-rounded and tailored approach. It is not recommended to introduce alternatives on their own. They should be set up in combination with local regulators and enforcement institutions. This way the driver for change is multi-dimensional – the authorities provide the means for the establishment of alternative business (through legislative and policy changes, improvement of the infrastructure), while NGOs such as WWF take care of logistics, share their expertise and navigate the process as a whole.” - Diana Andreeva, Alternative Income Expert, WWF-Bulgaria

Guest speakers Enrique Sanjurjo (WWF-Mexico) and Timuçin Dinçer (WWF-Turkey) referred to the higher success rate of alternative business cases where women were involved. In Mexico, if the project was managed by women or had an additional source of investment, the probability to become a profitable business appeared to be higher.

In Croatia, WWF-Adria is working on developing fishing tourism in pilot areas alongside traditional fishing activities. Income increased by 100% for those involved in the programme. “Alternative sources of income connected to original activity do make a difference," said Mosor Prvan, Marine Officer, WWF-Adria. Given this success, the organization aims to introduce the programme at the national level.

In Turkey, as part of the Transforming Mediterranean Small Scale Fisheries Initiative (SSF), activities for improved livelihood for fishing families specifically included women. As a result, transformational change was achieved through the women that were trained to produce fishing nets. Approximately 60% of them continued to be active beyond the end of the course.

Business ideas should come from the locals themselves; otherwise, the chances for success get significantly lowered by the communities’ resentment, mistrust of NGOs and conservative attitudes towards the possibility to explore other income opportunities different from traditional fishing.

Another example was the LIFE Re-Vulture Project which combines vulture conservation and birdwatching tourism. “Respecting traditions and cultural backgrounds is pivotal for the success of any new endeavour. Everyone with interest to motivate local communities to develop alternatives to their traditional income must understand that this is a long-term engagement with no shortcuts and fast gains. It requires frequent interactions and thorough consideration of the risks.” - Desi Kostadinova, Rewilding Rhodopes

Background
Sturgeon and other migratory fish species represent the historical, economic and natural heritage of the Danube. Furthermore, they are indicators of the ecological status of the river’s watercourses, especially concerning the function of the river as an ecological corridor. The fragmentation of rivers by transversal structures like hydropower dams or flood protection measures poses a threat to natural fish populations if they are no longer able to migrate between important habitats like spawning grounds, feeding grounds and wintering habitats. Transnational management and restoration actions to re-establish these corridors as migration routes, as well as stocking with indigenous species are essential until we have achieved a self-sustaining population again.

WWF is engaged in sturgeon protection measures in most Danube countries, for example through the Life for Danube Sturgeons Project. Sturgeons used to be present in almost all European rivers, but today seven out of the eight species of sturgeon on the European continent are threatened with extinction. Sturgeons have survived the dinosaurs, but now teeter on the brink of extinction. The Black Sea Region is crucial to the survival of these species in Europe. The Danube and the Rioni River in Georgia are the only two rivers remaining in Europe where migrating sturgeons reproduce naturally. The main reasons are overfishing and loss of habitat through dams that block migration routes or in-river constructions, facilitating navigation. These are often detrimental to the feeding and spawning habitats, necessary for sturgeon survival. Within the EU the only river with naturally reproducing sturgeon populations remains the Danube. Crucial but no longer reproductive stocks are left in the Po River in Italy and the Gironde in France. Restocking activities take place in Bulgaria, Hungary, Romania, France, Germany, Poland, Austria and the Netherlands. Our priority is to identify and protect the critical habitats of the remaining four sturgeon species (Huso huso, Acipenser stellatus, A. ruthenus, A. gueldenstaedtii) in the Lower Danube and north-western Black Sea, as well as to reduce pressure on their remaining populations by addressing poaching and ensuring protection. Protecting sturgeon and their habitats is crucial if we are to achieve the New Deal for Nature and People’s goal of zero biodiversity and habitat loss by 2030.
sturgeon freshwater 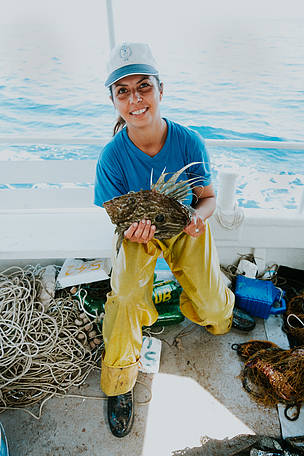 Fisherwoman, Lastovo, Croatia. Income increased by 100% for those involved in the programme 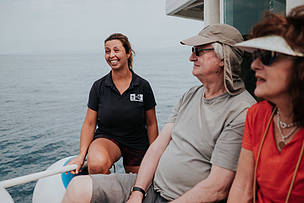 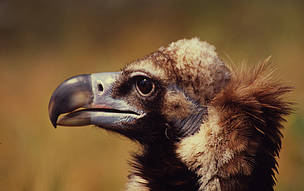