2 February 2021 - Up to 87% of global wetlands have been lost in the past 300 years, 1/3 of those just since 1970. The world’s ‘wetland blindness’ is inexplicable given the pivotal role of healthy wetlands in delivering global commitments on climate change, sustainable development & biodiversity. Wetland loss has significantly contributed to the huge loss of species populations over the same period. The Danube and its main tributaries have seen 80% of their wetlands disappear over the last 150 years and the natural water flow in the river bed has been interrupted by dams. Damage to the river has mainly been caused by diking, river regulation and damming to meet the needs of hydroelectric power,  navigation, agriculture and flood prevention projects.

Restoration of the Garla Mare wetlands by reconnecting this area to the Danube River will boost the area’s rich biodiversity and contribute to climate resilience and flood and water management in the area. The restoration is expected to increase water retention capacity by 5.2 million m3, and it will restore a more natural flow regime across the marsh. Fieldwork at Garla Mare got the green light by September and started immediately in the reed bed to create open water surfaces. The first pond was completed in January, with cormorants already occupying the new habitat. And there’s good progress on the second, earmarked for the local community to fish. The new ponds will benefit both people and nature. A transversal dike has also been reinforced, and later a new sluice will be installed for easier control of water flow. A water supply channel funnelling water from the Danube to the area will be strengthened to increase water inundation, and this will lead to thriving local flora and wildlife.

WWF Central and Eastern Europe’s (WWF-CEE) work is being done as part of The Coca-Cola Foundation-supported Living Danube Partnership and in cooperation with the International Commission for the Protection of the Danube River (ICPDR). The Living Danube Partnership is an eight year partnership to restore vital wetlands and floodplains along the Danube River and its tributaries. The ambitious programme aims to increase the river capacity by the equivalent of 4800 Olympic-sized swimming pools (12 million m3) and to restore over 7422 football pitches worth of wetland habitat (53km2) by the end of 2021.

“This past year has been one like no other, with the pandemic reaching into all corners of our lives. Yet it’s inspiring to see that the valuable, impactful work that makes a difference for nature and people continues. One of the projects that really stands out for me is the restoration of the Garla Mare wetland in Romania.“ - Therese Noorlander, Sustainability Director Europe, The Coca-Cola Company

"It is very gratifying to see progress on restoration of the massive floodplains at Garla Mare in Romania -- the culmination of almost a decade of efforts, from initial engagement with relevant landowners and other local stakeholders to the technical documentation and permitting and final realisation. Freshwater habitats like these provide a host of valuable goods and services, from important nurseries for fish to water regulation and purification, yet they are among the most threatened habitats worldwide. The restoration at Garla Mare is one important example underlining how we can not only protect but actually restore some of the valuable floodplains we have lost." - Andreas Beckmann, Regional CEO, WWF Central and Eastern Europe

Today on World Wetlands Day, the world needs to commit to a New Deal for Nature and EU Green Deal that safeguards wetlands. The catastrophic decline in freshwater species is the clearest indication of the damage we are doing to the world’s wetlands - our life support systems.

“Without wetlands, the global agenda on sustainable development will not be achieved. We need urgent collective action to reverse trends on wetland loss and degradation, and secure both the future of wetlands and our own at the same time.” - Martha Rojas Urrego, Secretary General of the Ramsar Convention on Wetlands

If we do not all – governments, corporates, financial institutions, NGOs, communities - take serious and immediate global action to halt the ongoing misuse and destruction of our essential wetland ecosystems, we have no chance of meeting the Sustainable Development Goals, and the future of the planet will be fraught with risk and uncertainty. For the benefit of all, we need a New Deal for Nature and People and an EU Green Deal to halt – and then reverse – species extinction and the loss of nature.

WWF Romania An excavator gets to work to create the first pond. 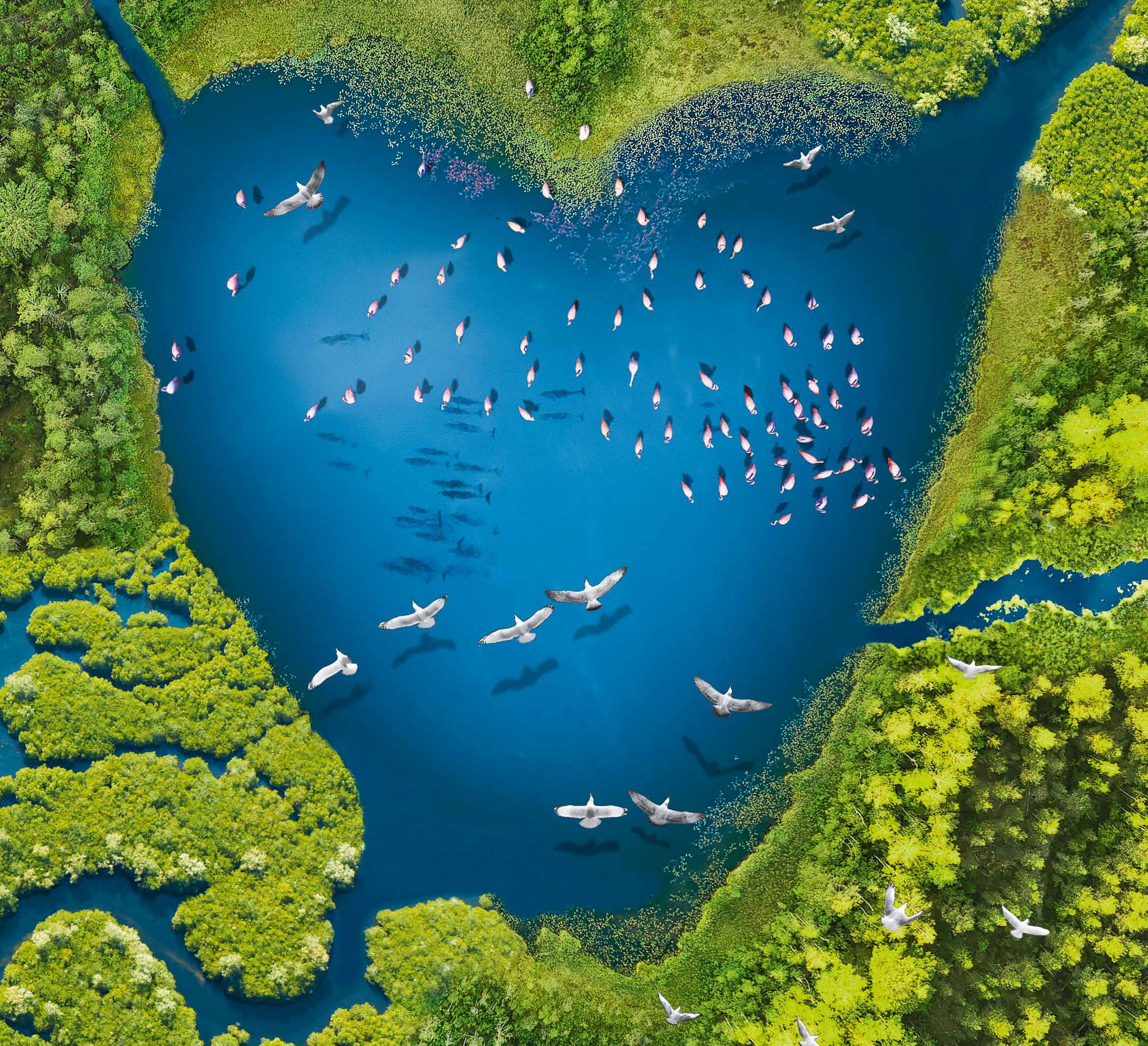