An extra series of biodiversity negotiations will now be held in Nairobi, Kenya, in June as negotiations in Geneva failed to move the needle in several key areas.

GENEVA, Switzerland (29 March) – As the latest round of talks over a global plan to tackle the world’s escalating nature crisis close in Geneva today, WWF is concerned by the limited progress made during the two and a half weeks of negotiations.

The meeting, convened under the Convention on Biological Diversity, brought together government negotiators physically for the first time since the COVID-19 pandemic began, to debate the draft text of the post-2020 Global Biodiversity Framework. Countries had not met physically since the talks held in Rome in February 2020.

The final plan is expected to be adopted at the COP15 biodiversity conference in Kunming, China, later this year and represents a once-in-a-decade opportunity to secure a global agreement to address nature loss and degradation.

Marco Lambertini, Director General of WWF International, said: “The world finally understands that nature loss represents an enormous threat to human health and livelihoods. Yet despite leaders repeatedly signaling that they are committed to taking action on nature, we saw only limited progress in Geneva. It will be essential that greater leadership is shown in the next round of negotiations if we are to pave the way to agreeing a future-proof Global Biodiversity Framework adequate to the challenge we are facing."

“We strongly welcome the growing convergence around a nature-positive mission to reverse biodiversity loss by 2030 - this is critical. Unlike climate change, nature loss is sorely lacking a guiding light to drive action across all sectors. Countries must now formally adopt this level of ambition at COP15 while ensuring all the right ingredients to deliver it are included in the final plan. It is vital that we end this decade with more nature, not less. Governments should deliver on what’s necessary to reverse nature loss.”

Negotiations in Geneva failed to make progress in several key areas, such as finance and the equitable sharing of genetic resources, necessitating the announcement of an additional round of negotiations in Nairobi, 21-26 June. WWF highlights the lack of political support and leadership as a key factor in the difficulties encountered to overcome roadblocks. Governments must prioritize future negotiations or risk a failure at COP15.

At the same time, a growing consensus that the overarching aim of the plan must be to reverse biodiversity loss by 2030 represents important progress.

Targets in the draft UN plan focus on protecting habitats, halting the loss of species, and preserving genetic diversity. A global target to protect and restore 30% of land and water was widely supported in the Geneva talks, underpinned by recognition of the rights and responsibilities of Indigenous Peoples and local communities. WWF strongly supports this target, but highlights that a nature-positive world will not be possible without accompanying action on the drivers of biodiversity loss, such as agriculture, fisheries, forestry and infrastructure.

An area of particular concern is the species target contained within the draft plan. The previous ten-year plan for biodiversity, adopted in Aichi, committed the world to halting species loss by 2020. With the most ambitious wording on species put forward in Geneva committing to end species loss by 2030, WWF is alarmed that governments are not willing to commit to earlier action.

Guido Broekhoven, Head of Policy Research and Development at WWF International, said: “It is important that some progress has been made in crucial areas such as the conservation of habitats and the potential for a human rights-based approach to be included in the framework. At the same time, the draft plan needs to commit countries to concrete and ambitious action on the drivers of nature loss. There is no point in conserving 30% of the world if we destroy the rest of it. WWF urges governments to commit to halving the footprint of production and consumption by 2030.”

“The lack of ambition on species is disappointing. With more birds, fish and amphibians going extinct every year, it is worrying that we are not talking about a target to halt species loss earlier than 2030. The world can’t just miss its 2020 target then say we can wait another eight years.”

The debate over finance - both who pays for action to tackle biodiversity loss and the steps needed to transform financial systems so they work for, not against nature - continued into the final day of the talks. Developing countries have called for more finance to support action on biodiversity. WWF stresses the need for countries to find common ground in Nairobi on how the final plan will be financed, and highlights that, without a strong implementation mechanism and increased finance, the final UN plan will not be able to deliver ambitious action on the ground.

For further information, and to arrange interviews with WWF experts, contact: news@wwfint.org

An overview of the UN biodiversity negotiations leading up to the 15th Conference of the Parties to the CBD, taking place in Kunming, China, can be found here.

WWF is an independent conservation organization, with over 30 million followers and a global network active in nearly 100 countries. Our mission is to stop the degradation of the planet's natural environment and to build a future in which people live in harmony with nature, by conserving the world's biological diversity, ensuring that the use of renewable natural resources is sustainable, and promoting the reduction of pollution and wasteful consumption. Visit panda.org/news for the latest news and media resources; follow us on Twitter @WWF_media
agriculture ecological footprint nature-based solutions biodiversity 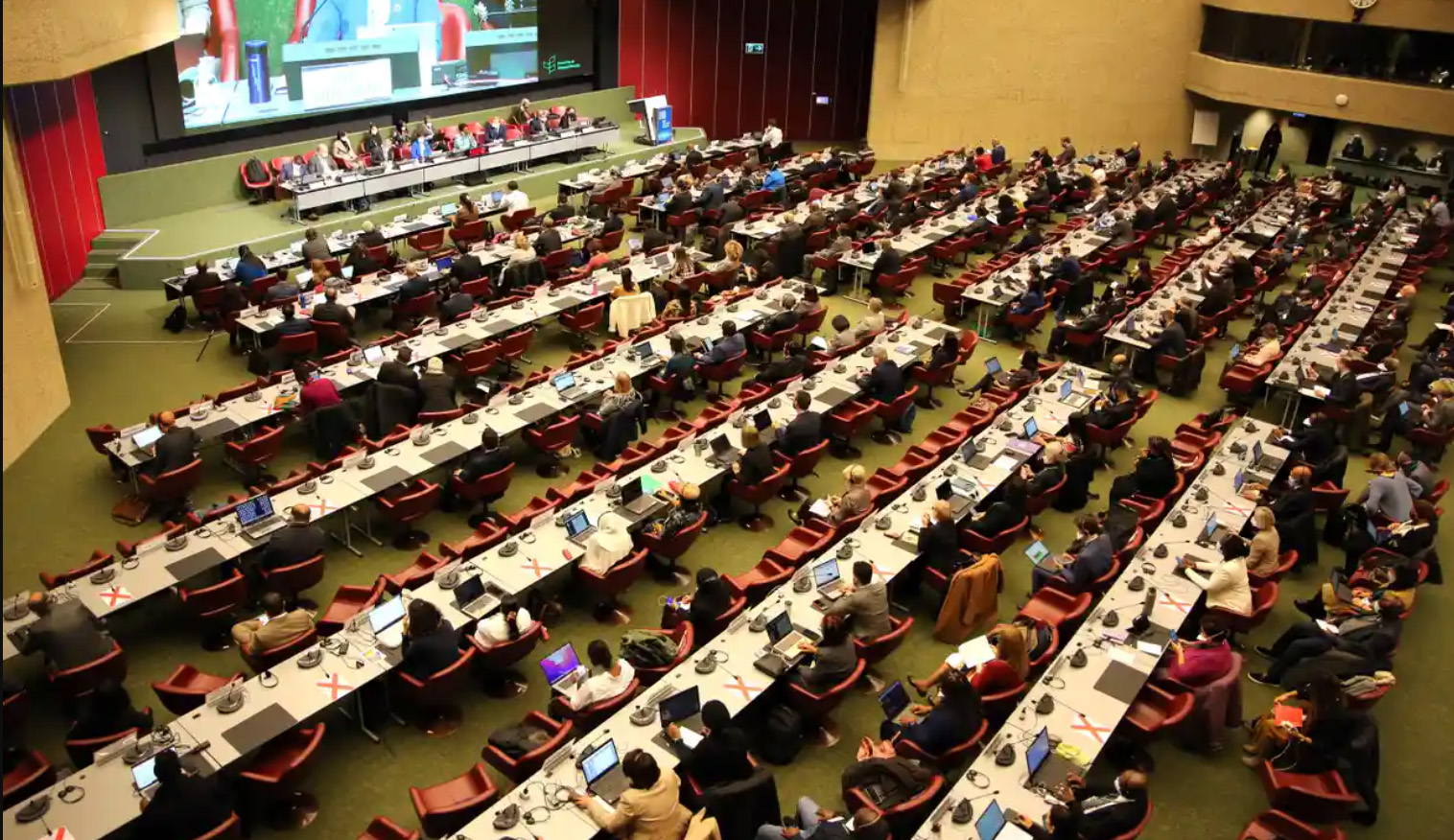 Delegates at the UN biodiversity negotiations in Geneva