35 years after the Chornobyl accident – April 26

Every spring, in April, when nature wakes up, we remember the accident at the Chornobyl nuclear power plant. Reread the news lines, immerse ourselves in memories and still shrug our shoulders under the weight of this tragedy.

What's going on there now, around the station? How have these more than 200,000 hectares of exclusion zone changed and how do they exist?

Today, this part of Polissya is opened for you to sneak a peek through photos of the staff of the Chornobyl Radiation and Ecological Biosphere Reserve and National Geographic photographer Denis Kopylov in collaboration with WWF Ukraine. You will be able to see Chornobyl as it is rarely seen - a place of nature restoration. Take a look here.

We believe that there will be many more places where nature is booming. Not because of human tragedies, but because of our choice to give her an opportunity to do so.

15 years after the accident it became clear that nature was much more powerful than humans could have imagined. The area of ​​hundreds of thousands of hectares began to fill with life. Scientists have recorded an increase in the number of typical and rare for Polissya species of flora and fauna. Red list animals also found shelter and breeding conditions here.

The first step in the semantic transformation of the Chornobyl territory was the establishment in 2016 of a Biosphere Reserve throughout the exclusion zone. This has created an unprecedented opportunity for scientists to observe and study how natural ecosystems are changing.
One of the symbols of the restoration of Chornobyl nature with human support was the introduction of a herd of Przewalski's horses.

More than 20 ungulates were moved to Polissya in the late 1990s with an important mission - to maintain ecological balance. They trample the undergrowth of young trees, thus preventing the transformation of meadows into forests. This means that meadows will remain, as will the rare species that inhabit them. To date, the herd has grown about seven times. Typical photos for the outskirts of Chornobyl are Przewalski's horses running in open spaces. This is what the former agricultural lands look like today, which have turned into open meadow-steppe landscapes that are not typical for Polissya.

The beaver population, which has grown significantly during this time, has been able to transform local landscapes into more natural ones. They create dams and thus regulate the redistribution of water in local reservoirs and even the former reclamation canals.

The news that a rare large predator, the brown bear, has been spotted in the Chornobyl forests has been widespread news for scientists. A century ago, it was a permanent resident of these forests, but left the place due to hunting in the last century. Traces of bears have been found in the Chornobyl territory since 2010. Later, rare predators began to fall into the lenses of photo traps.

Scientists from the Chornobyl Biosphere Reserve also have the opportunity to study populations of Eurasian lynx, wolf, elk, deer, and roe deer, the number of which has increased significantly in recent years. Environmentalists dream of returning another former local resident, a bison, who disappeared from the area long before the Chornobyl accident due to mass poaching.

The forest is constantly increasing its area, occupying the territory of former agricultural lands and fields. This expansion allows the existence of more forest species of flora and fauna. In addition, the forest itself is undergoing natural transformations. Monocultural, vulnerable to disease and fire artificial pine forests, which were planted en masse in the last century, are gradually falling apart. In their place will grow more resistant to climate change and fire deciduous trees with shrubs.

Today, it is nature that protects man from the effects of disaster. In fact, it has become a filter barrier between the radiation-contaminated area around the station and the populated areas of Ukraine and other countries. The lack of pressure on nature has strengthened its ability to purify air and water, stabilize the microclimate and give life to tens of thousands of species of fungi, plants and animals. It is a living laboratory that allows us to study natural reproduction in the conditions of inhomogeneous radiation pollution of territories, and also provides answers to the question of how we can restore natural territories that we managed to destroy.

The level of radioactive contamination of the territory that has received the status of an exclusion zone and a zone of unconditional (compulsory) resettlement, and on which the Chornobyl Reserve is located, is heterogeneous and diverse. For example. A lethal amount of radioactive isotopes fell in the so-called "red forest" near the Chornobyl nuclear power plant (4.5 thousand hectares). However, there are areas in the exclusion zone where the radioactive background is less than in the center of Kyiv.
35 years after the accident, the level of radioactive contamination has decreased significantly. The half-life of the main radioactive isotopes - cesium and strontium - has passed. That is, the gamma of radiation has halved. The radiation situation is affected by two more transuranic elements - plutonium and americium isotopes. This means that radiation hygiene must be observed in the exclusion zone today, tomorrow and the day after tomorrow. And to visit the Reserve or memorable places for tourist purposes on certain ecological trails.
Chornobyl Radiation and Ecological Biosphere Reserve is the largest and youngest object of the nature reserve fund of Ukraine, created by the Decree of the President of Ukraine thirty years after the Chornobyl accident within the exclusion zone and the unconditional zone. relocation), which was contaminated by the Chornobyl disaster. The total area of ​​the Reserve is 226,964.7 hectares.
The biodiversity of the Reserve is impressive. Among its unique natural landscapes, more than 300 species of vertebrates have been recorded (with a total of 410 found in the region), of which 75 species (out of 97 possible) are listed in the Red Book of Ukraine. 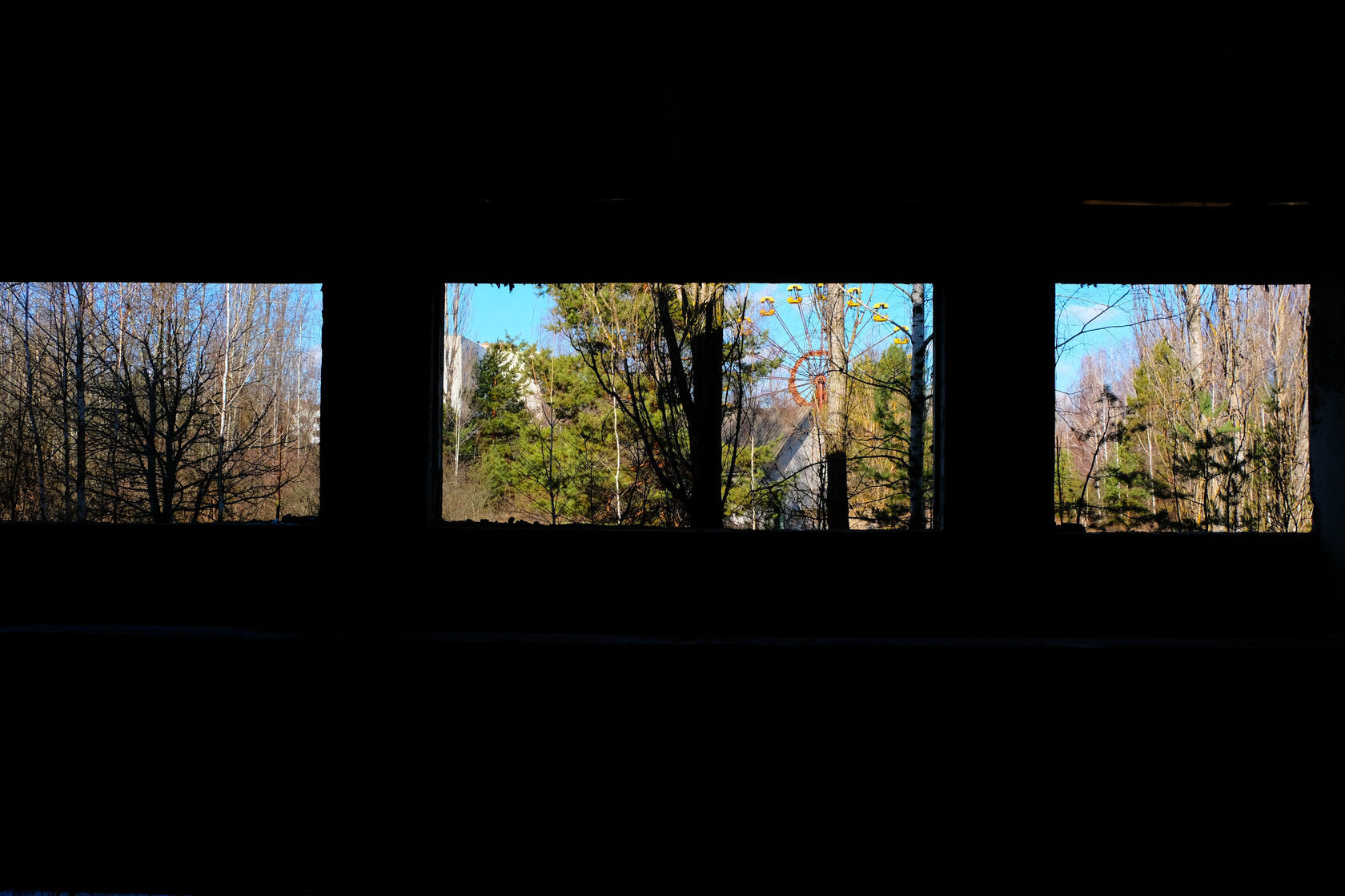 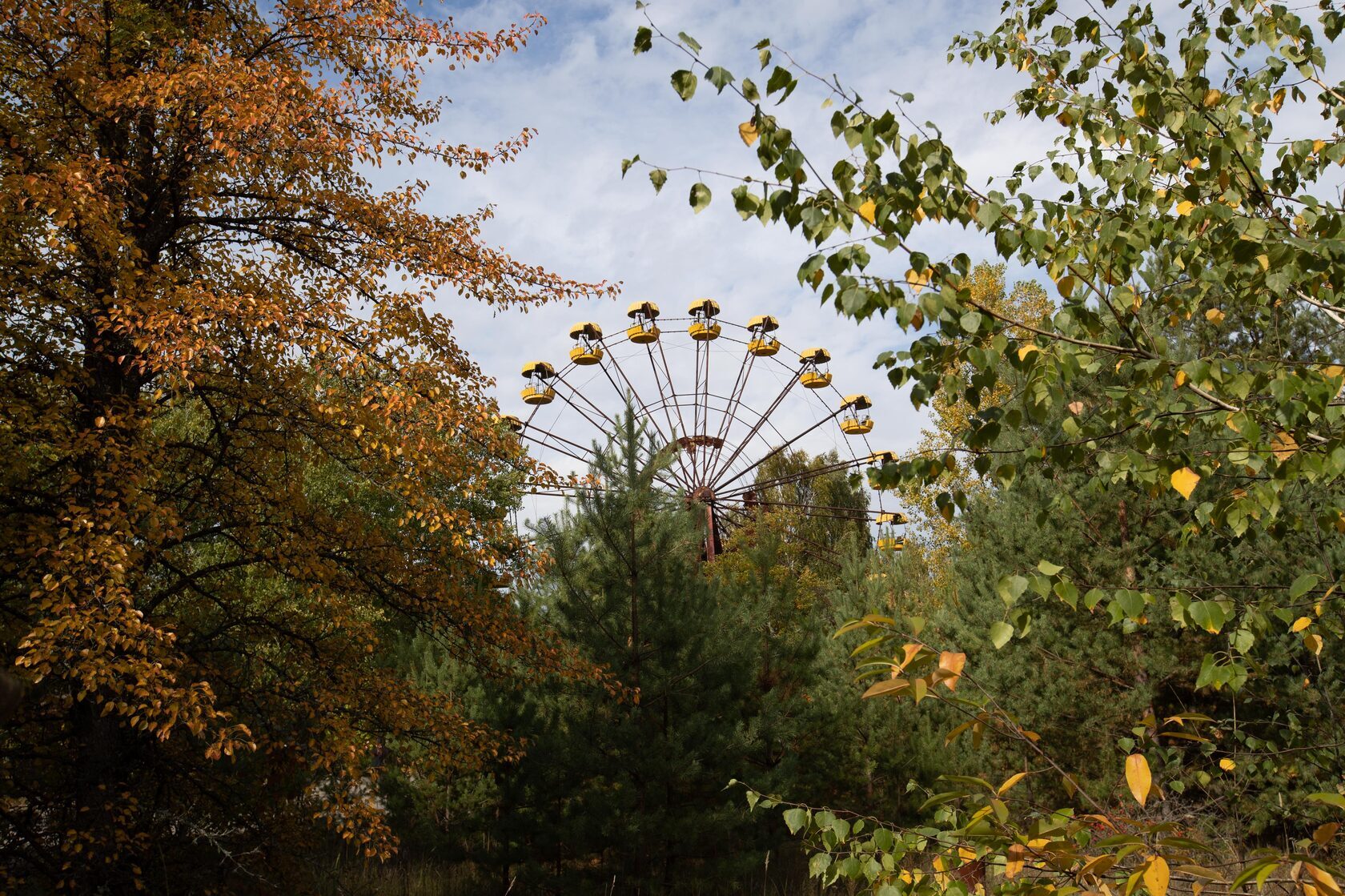 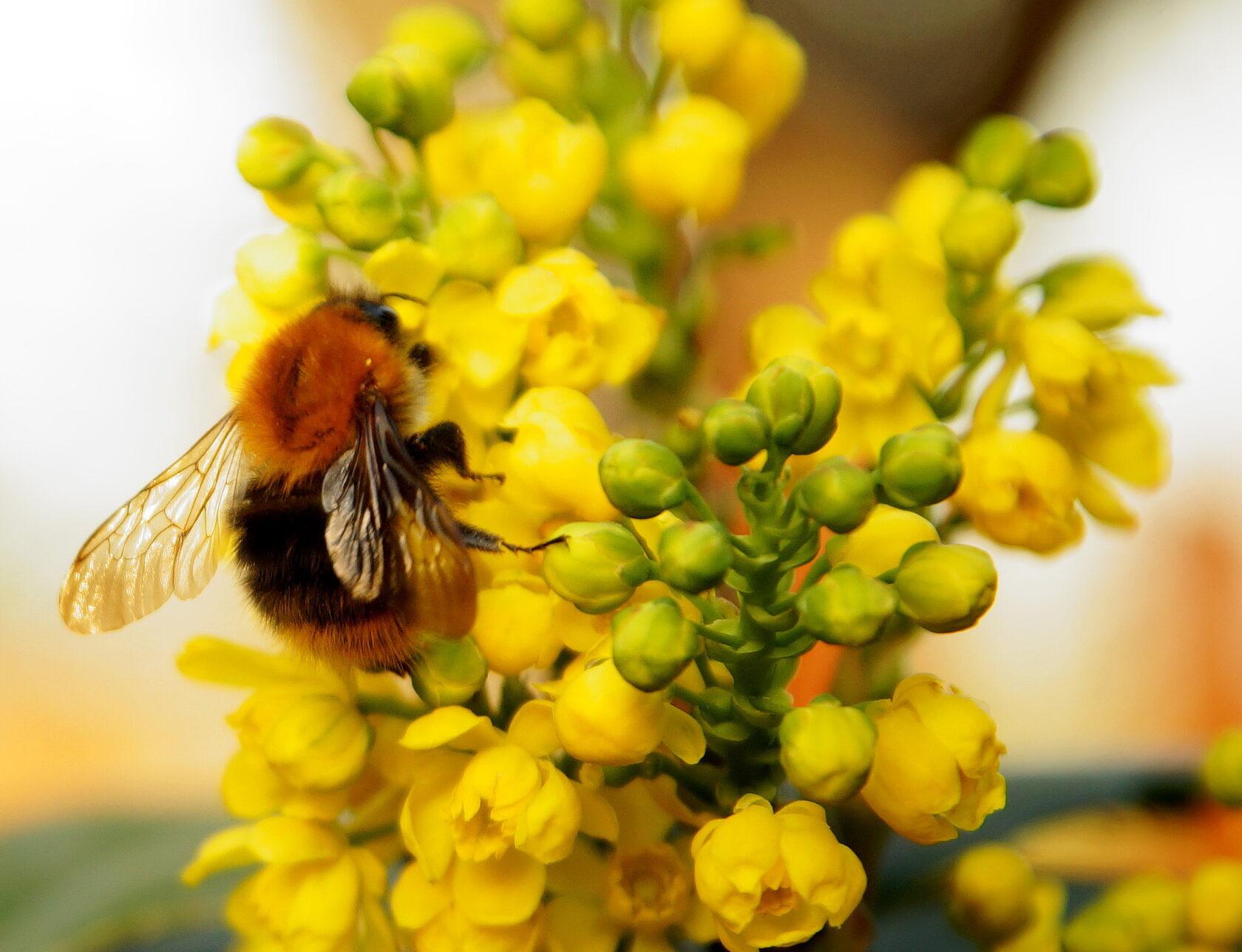 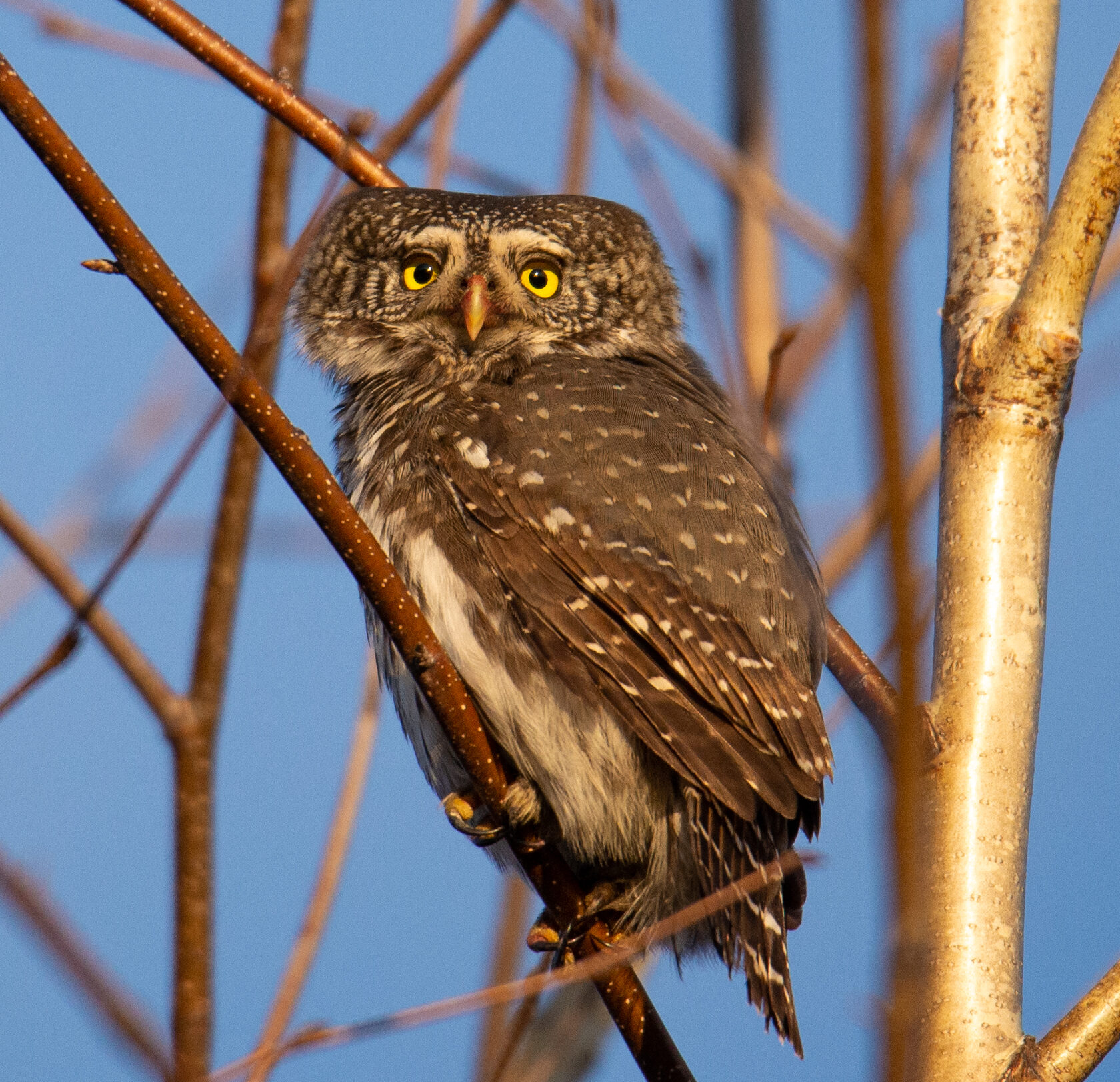 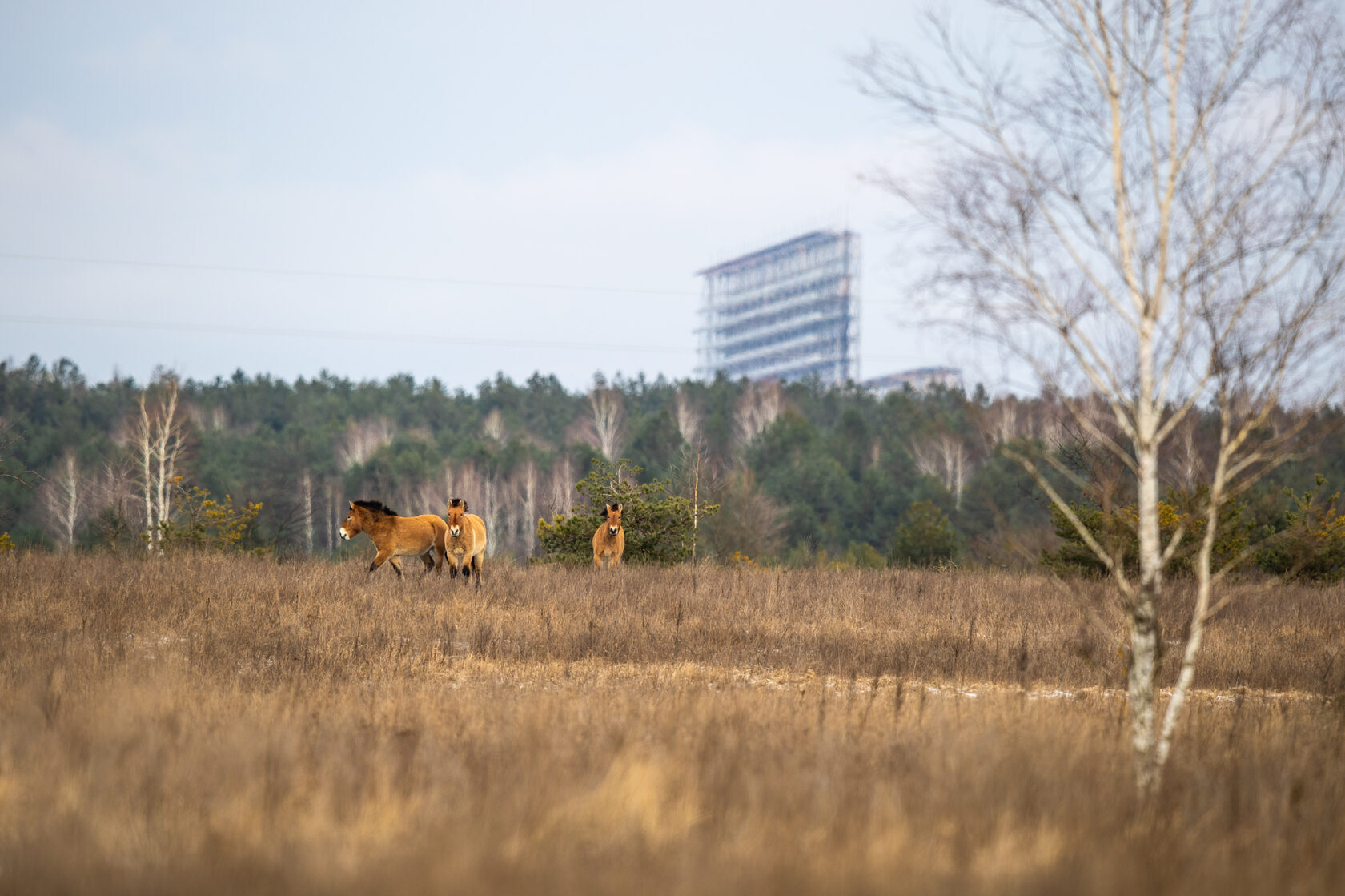