Gland, Switzerland: WWF announced today the appointment of Dr Kirsten Schuijt as the next Director General of WWF International.

Currently Chief Executive of WWF Netherlands, Kirsten will take up her new role within the global conservation organisation on 1 January 2023.

Neville Isdell, Interim President of the International Board of Trustees, said: “Kirsten was the outstanding candidate amongst a broad range of exceptional applicants, identified through an intensive and competitive selection process.

“WWF’s mission to stop the degradation of the earth’s natural environment and to build a future in which people live in harmony with nature is more urgent than ever. We were searching for a strong and proven leader capable of galvanising urgent change and environmental reform on the world stage.

“In Kirsten I believe we have that dynamic leader–someone with a global mindset who has first-class scientific, economic and political acumen, who is a trail-blazing fundraiser, campaigner and natural communicator, and who demonstrates the necessary passion and drive to protect and restore the natural world as our most precious asset.”

Kirsten is a lifelong conservationist and vocal advocate for nature who first began her association with WWF as a youth volunteer ranger. Currently CEO of WWF Netherlands, she has been with WWF for almost 20 years in various international global conservation positions, where she has led transformational programmes for inclusive conservation and climate justice, progressive digital reforms and played a key part in enabling effective global conservation impact. Prior to WWF, Kirsten lived and worked in Kenya and Malawi, conducting field research with local communities.

Kirsten Schuijt said:  “I am deeply honoured by the trust the International Board has given me and am fully committed to work with others on taking this fantastic organisation into a future where nature and people thrive. The climate and biodiversity crises demand urgent action to create the change needed towards a nature positive world. This requires courage in order to reach true impact in the land- and seascapes we care about. I’m very excited to take on this new role and further strengthen WWF’s leadership.”

From 1 January 2023, the outgoing Director General of WWF International, Marco Lambertini, will move to the key role of Special Envoy until the conclusion of his term in December 2023, working closely together with Kirsten to ensure a smooth handover and transition. In his new role Marco will focus his full attention on ensuring continuity on priorities in the urgent external agendas facing WWF as it strives to achieve its mission.

Marco Lambertini said: “It has been my great privilege to lead WWF International over the past nine years and I am thankful for having had this opportunity. I am immensely proud of WWF’s achievements and of the relationships we have fostered with our partners and stakeholders to achieve common goals for the benefit of people and wildlife throughout the world. I am delighted to be handing over to Kirsten. During my term we have worked closely together - she is an innovative and strategic thinker who acts inclusively and focuses on results. Kirsten brings a wealth of experience to propel our mission forward into a critical new era.”

Neville Isdell said:  “On behalf of my colleagues on the WWF International Board of Trustees, I would like to take this opportunity to thank Marco for his dedication and commitment as Director General of WWF over the past decade and all he has done for the network. Under his stewardship and thanks to his tireless efforts, we have seen WWF strengthen, and our mission’s reach and relevance grow significantly—nature and biodiversity have risen to the top of the global agenda like never before. It gives me great pleasure to see the baton pass to Kirsten as our next Director General and to know that WWF is in its strongest position to effect positive change and drive global action as we look to the future.” 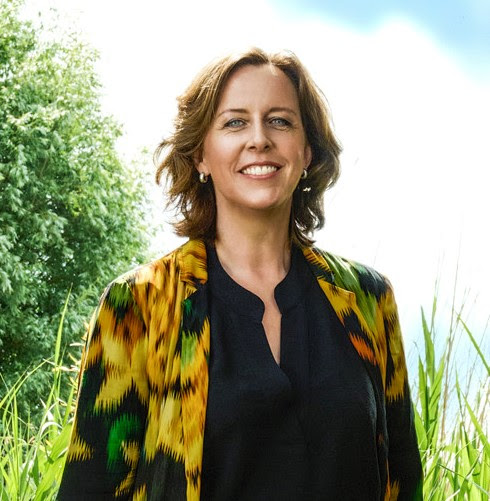