Bulgaria submitted the fourth and, allegedly, final version of its National Recovery and Resilience Plan (NRRP) on 15 October 2021, after much delay and facing an ultimatum by the European Commission to include a provision for phasing out coal power generation. At last, a final deadline for coal exit was set in the document. Disappointingly, it is 2038. What is more, the plan still offers major subsidies for expensive fossil gas infrastructure, although there is little hydrogen behind the cost of this investment which is close to 1 billion euro.

Of course the Bulgarian NRRP is not just about energy, coal and gas. As we have outlined below, there are some positive developments, pertaining to biodiversity, some missed opportunities and significant areas for improvement. The ball is now in the court of the European Commission and the Council of the EU. The Commission has to assess the plan and the Council has to approve it, so that Bulgaria can receive a 13% prepayment on the requested funds and start the projects. Initial deadlines are slipping.

In the meantime, Bulgaria faces a combined presidential and parliamentary election on November 14 - its third parliamentary election this year, as no government coalition was formed after the first two ballots. The political impasse threatens to derail the process of implementing COVID-19 recovery and the European Green Deal reforms in Bulgaria. WWF Bulgaria and the NGO Coalition for a Green Restart, have called for the future government to establish the position of Deputy PM for Climate Transition, counterpart to European Commission Vice-President Frans Timmermans, to steer green recovery. At least 4 political parties, represented in the Bulgarian parliament, publicly responded they are open to implementing this proposal. It is vital that the future Bulgarian governing coalition follows through and doesn’t weaken green NRRP investments and reforms.

Here we offer a brief recount of progress made in the latest version of the Bulgarian NRRP, highlighting areas where serious oversight by the upcoming Bulgarian government and the European Commission will be required. We focus on 3 sectors, fundamental to the Recovery and Resilience Fund philosophy of green Covid-19 investments, covered by the “Green Bulgaria” pillar of the draft plan - biodiversity, agriculture and energy.

The news is not all bad. A project put forward by the Bulgarian Ministry of Environment and Water and the Executive Forestry Agency, with the active support and engagement of the WWF Bulgaria conservation expert team, means that an additional €32 million would be spent on strategic nature-based investments to adapt ecosystems and people to the effects of climate change. Forestry departments will get a chance to conserve and manage forest genetic material of climate-adapted species, which will be key in future massive reforestation and forest ecosystem restoration efforts. Forest protection will be strengthened by expanding the forest fire early warning system with new watchtowers. Forest education, addressing conservation and climate threats will be added in schools.

Vital investments will also be made in the area of freshwater management by protecting and partially restoring 6 critically important Bulgarian wetlands, listed as Ramsar sites. The Plan will fund construction of 10 fish passes and the removal of 10 artificial barriers along a 400-km stretch of Bulgarian rivers. Demonstrators of nature-based solutions will be implemented - planting a small floodplain forest to protect against river bank erosion, and constructing a wetland ecosystem to remove phosphorus from urban wastewater.

Bulgaria’s network of public zoological gardens will receive funding to support wildlife conservation and reintroduction projects, which could be helpful for any future efforts to conserve some of Bulgaria’s iconic species, including bears, lynxes and birds of prey, and protect species and populations, which are critically endangered by climate change.

All of that said, total biodiversity funding in the new draft Resilience and Recovery Plan remains extremely limited at €46 million, or less than 1% of total spending. Also supported are needed administrative measures to finally implement the management of the Bulgarian Natura 2000 protected area network. We stress that future fieldwork conservation in Bulgaria will need to be funded by other sources, including Cohesion and structural funds under Operational Programme Environment 2021-2027, and LIFE programme funding, where planning new strategic nature projects is overdue.

🟡Not Quite So Bad - Agriculture

Previous drafts of the Bulgarian Recovery and Resilience Plan contained a controversial €445 million investment project for revamping Bulgaria’s outdated centralized irrigation system. Touted as a “climate adaptation” measure, in reality, the project would divert water from settlements, rivers and wetlands and cause destruction to Natura 2000 ecosystems, as WWF Bulgaria warned. It would deliver only marginal benefits, mostly reserved for large industrial farms, with great water losses and under ineffective state management. The project was not compliant with the Do No Significant Harm Principle.

WWF and other stakeholders have called for funding to be used instead for investments in real innovative water-saving, energy-efficient and nature-based solutions. This has been partially achieved in the latest version  by introducing a new Fund for Technological and Ecological Modernisation of Agriculture, to be supported by the plan with approximately €223 million. While such an approach has potential, insufficient detail about the interventions and their objectives, as well as the actual climate and ecological impacts of the various farm-level investments are provided in the new draft. Specific greenhouse gas emissions, water and resource-saving targets will be needed.

As mentioned, the main virtue of the latest NRRP has been the inclusion of a final coal exit date. In fact, the draft plan includes a multitude of dates for a “gradual” exit from coal with the first listed dates for retirement of coal power plants listed as 2024 and 2026, with 2030 and 2035 mentioned as intermediate dates. This is confusing, as the specific coal power plant and mining facilities to be closed are not listed. Currently, Bulgaria has a 3.7 GW coal capacity, most of which was put back into operation during the summer and fall of 2021, as electricity prices spiked and coal generation became profitable again. However, continued operation of the ageing coal plants, generating massive air pollution and health problems, is not feasible. Without state aid under the long-term contracts and free emission allocations, set to expire for about half of the coal capacity in the Maritsa-Iztok basin, plants must be decommissioned by 2026 or go bankrupt. Bulgaria must specify which plants will be decommissioned when, set firm dates, and ensure that there is an economic Just Transition for the mine and plant workers involved. On the last point, the plan does stipulate the formation of a state enterprise, which will hire some of the workers who are no longer required, in order to work on recultivation.

Regarding the provisional 1GW fossil gas replacement investment, still included in the NRRP, serious issues exist with regard to both its operational emissions, as well as its economic feasibility, following the fossil gas prices spikes of recent months. The project will rely on additional state and private financing, which has not been secured, while the accelerated pledges for fossil gas and methane emissions reductions, achieved during the on-going COP26 Conference in Glasgow, put in question the merit of this project. WWF is firmly against any new fossil gas investment in Bulgaria, as well as the general eligibility of fossil gas, or “low-carbon gaseous fuels” with unproven mitigation potential, for EU member state recovery funding, or entry into the Sustainable Finance Taxonomy.

On renewable energy, the new NRRP fares better, offering a 448 million EUR co-financed tender procedure for 1.7 GW of new renewable capacity, crucially including battery storage capacity, which will allow the renewables to replace some of the fossil base power. However, we caution that despite the overwhelming price advantage of photovoltaic power and storage for any size of RES tender, the provisioned “technology blind tenders” allows a possibility that one or more of the planned 6 tender procedures for utility-scale renewable power generation could be diverted to unsustainable biomass or ecologically-damaging small hydropower projects. Such an eventuality could threaten the implementation of the Do No Significant Harm Principle, as both wood biomass and hydropower present biodiversity and climate mitigation and/or adaptation DNSH risks. WWF will carefully monitor the tender project to ensure the DNSH principle is observed.

More could be done to further raise the ambition of both distributed scale residential and commercial renewable energy and energy efficiency investments. The €71 million scheme to support residential households for installing renewable energy, and the close to €1 billion, but quite unfocused energy efficiency schemes for buildings, inherited from the previous plan versions, do not effectively tackle the problem of energy poverty. A much more ambitious national initiative for the construction of near-zero energy public and residential buildings, rooftop photovoltaics (PV), solar heating, battery storage and heat pumps, as well as the creation of the first Bulgarian energy cooperatives, must be proposed by the next government, and supported both by the NRRP reforms, recovery funds, structural funds and the future Climate Social Fund. Electrification of transport must go together with mass distributed renewables and building renovation. An electrification of transport reform, already considered for inclusion into the NRRP, would be a good starting point. 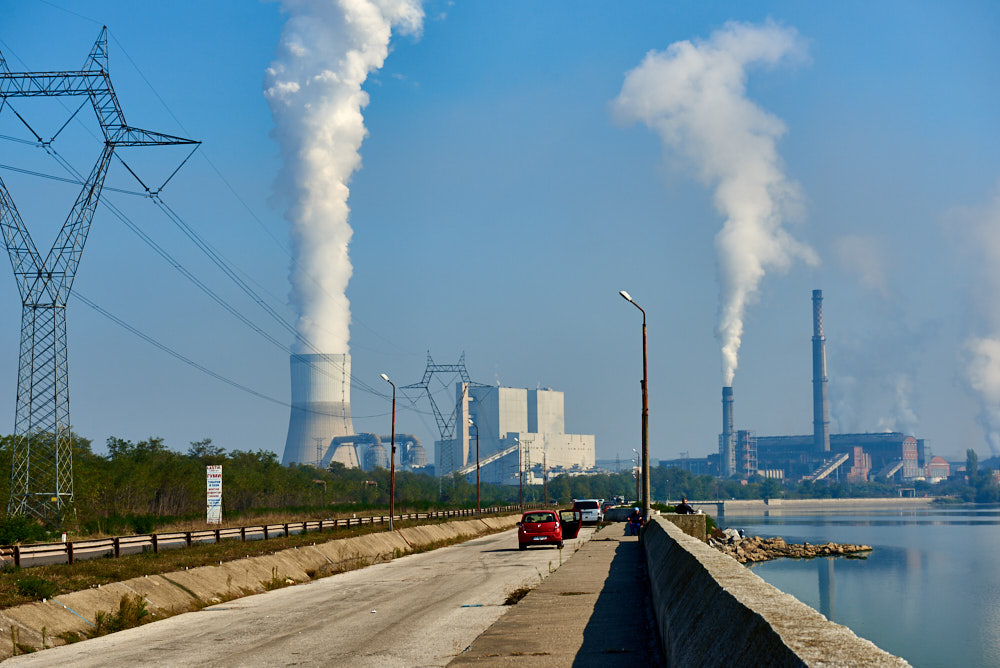 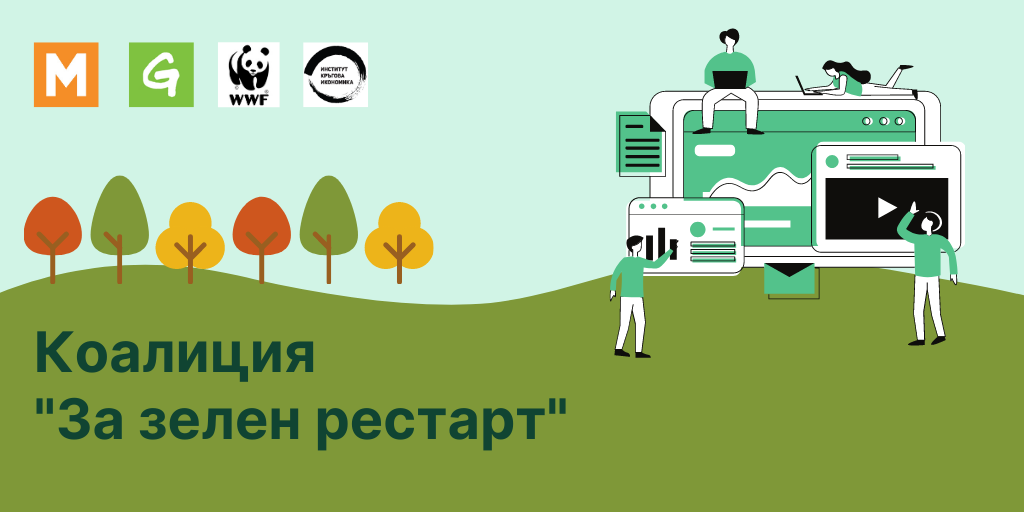 "For a green restart" coalition, Bulgaria

© "For a green restart" coalition 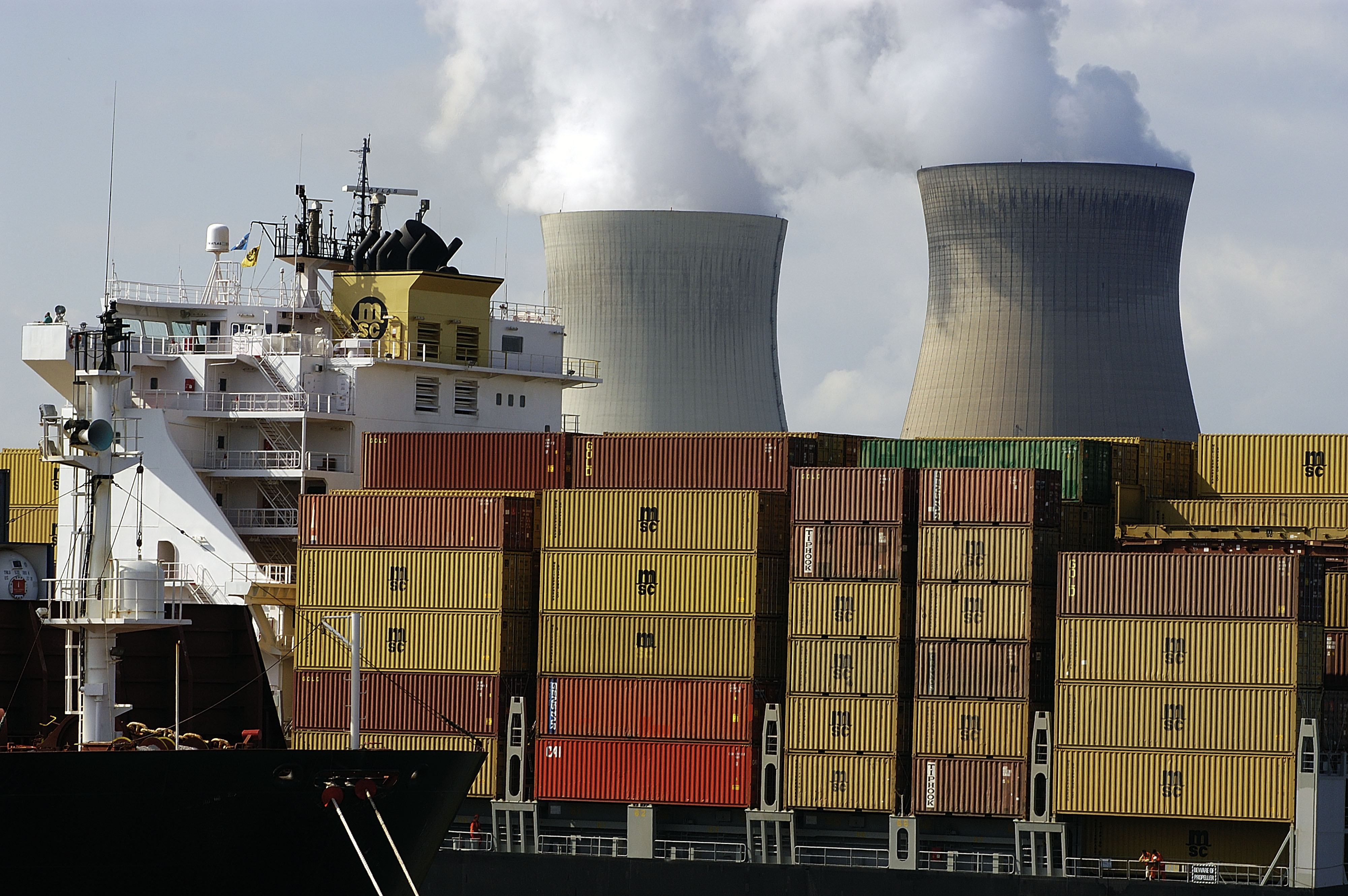