30 June 2020 (Bucharest) - The Romanian Chamber of Deputies (Parliament's decision-making chamber) passed a bill last week that will allow the construction of hydropower plants in protected areas or on sections of rivers that still flow freely. The law (draft amended Article 5 of Law 33/1994) will enter into force as soon as it is published in the Official Journal of Romania. Hydropower projects that seriously affect rivers and wild plant and animal species that depend on them will no longer be assessed in accordance with the requirements of EU environmental legislation, or on a case-by-case basis. The risk of biodiversity and habitat loss is potentially devastating.

This new normative act turns exceptions into rules. In violation of EU environmental legislation, the new legislation will certainly lead to the opening of a new infringement case against Romania, and its associated substantial penalties just when we need a sustainable economic recovery.

The changes to the law declared hydropower developments as projects of "major public interest." Romanian lawmakers have now made it possible to justify exceptions to EU legislation, such as the Natura 2000 Directives and the Water Framework Directive which only allow the principle of non-deterioration of habitats or bodies of water to be infringed for certain reasons of overriding public interest.

WWF-Romania already filed a complaint with the EC in March. Due to pressure of the civil society, the President of Romania sent the law back to Parliament for re-examination where it eventually reached the Chamber of Deputies for debate. Although the Ministry of Water Environment and Forests is against the law, and the fact that it was already rejected once by the Romanian Senate on October 10, 2019, it was approved again by the Chamber of Deputies last week with the same content.

The immediate impact will mean that several controversial projects that have until now been held in check by EU legislation might get a new lease on life. Hidroelectrica is a state-owned company whose shares are held by the Ministry of Economy, Commerce and Business Environment. The firm’s primary business profile is hydropower and services in Romania.

• Hidroelectrica* projects in the Jiu Gorge
This project aims to take 85% of the water flow from the Jiu River and its tributaries the Dumitra and Bratcu. Hidroelectrica had continued the works for 12 years even though the environmental approval had been obtained before Romania joined the EU and should have been revised. Construction was judged illegal in 2017 after the Bucharest Court of Appeal annulled the building permits. This project could now be revived.

• The Hidroelectrica project in Răstolița, Mureș County
This project began 30 years ago. The building permit has not been valid for many years, but the company benefits from a 2017 Government Decision approving the location of the hydropower project in question, thus facilitating the continuation of works and giving the green light for the expropriation of 130 hectares of forest at the intersection of three Natura 2000 protected areas. The project also involves the complete destruction of the Răstolița River and its tributaries.

Background
Central and Eastern Europe (CEE) is home to some of the last significant intact natural areas in Europe. Natural wonders such as the Mura-Drava-Danube Biosphere Reserve, Southwestern Carpathians, the Danube Delta and Maramures County (Romania) truly justify the region’s labelling as the “Green Heart of Europe.” The surface coverage of Natura 2000 sites in the region ranges from 21.41% (19,912 km2) in Hungary to 34.37% in Bulgaria (38,146km2). Slovakia and Romania also register above the average 19.04% EU Natura 2000 coverage. Protected areas form the centrepiece of WWF’s conservation efforts around the world. The preservation of functioning ecosystems and the maintenance of their natural processes is crucial for the survival of species and biomes that cannot persevere in areas heavily impacted by human activity. In many cases, such protected areas represent the last hope for critically endangered or endemic species otherwise threatened by extinction. In CEE, species on the brink include large carnivores such as bears, lynx and wolves, as well as sturgeon and primeval beech forests. Moreover, they provide important space for ecological adaptation and evolutionary processes, thus playing a critical role in the face of climate change. Protected areas also generate direct human benefits in the form of ecosystem services. 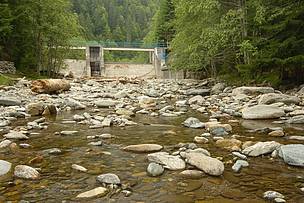 The new normative act is in violation of EU environmental legislation 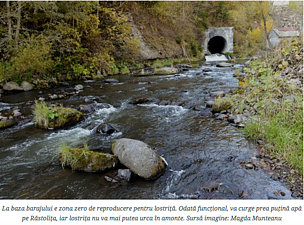 The immediate impact will mean that several controversial projects that have until now been held in check by EU legislation might get a new lease on life.