The draft amendment to the Forestry Code, adopted by Parliament last week, does not solve the problem of combating illegal logging. It is a simple cosmeticization, not a real reform of the national forestry policies, and it contains elements that will make it difficult to solve the infringement procedure opened by the European Commission against Romania for the forestry field. 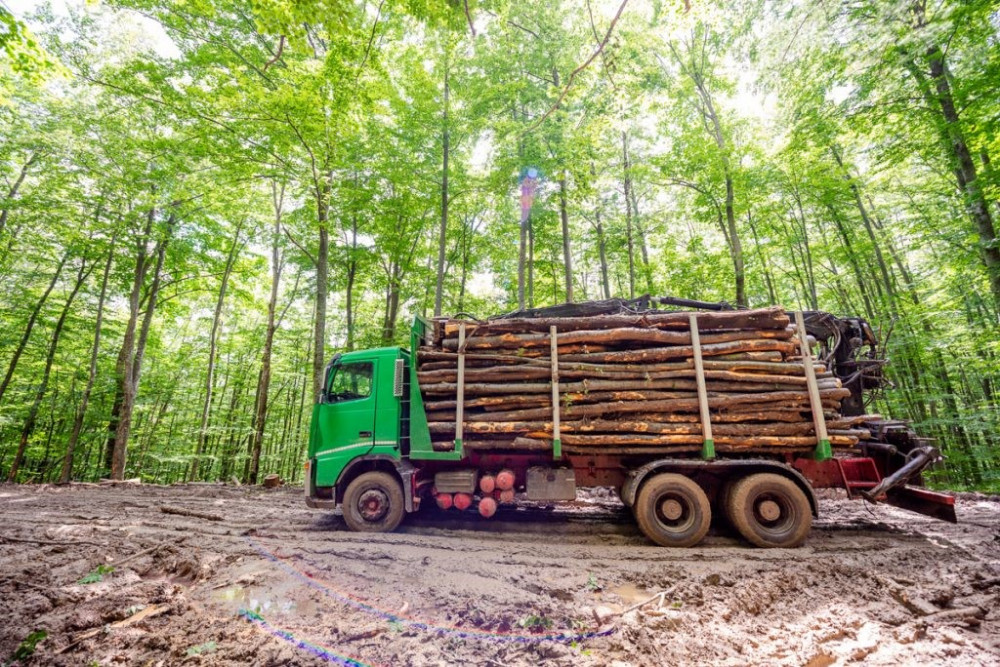 Therefore, today I sent an open letter to the President of Romania, Klaus Iohannis, requesting him not to promulgate the law and to retransmit it to the Parliament .

WWF letter to the President of Romania Download
WWF Forest Code Amendment Proposals Download
After the show of political statements in recent months, the bill, passed unanimously by vote, does not establish any of the essential changes claimed by society, academia and a number of professional associations on how we should capitalize on wood and to guard our forests.

Behind crafty words and legislative techniques, the same cumbersome and uncompetitive system is cosmeticized and preserved, consisting of unnecessary administrative tasks that further tolerate and protect theft with proper documents . We continue to "defend the forests with the hammer", with an excessive control system and bureaucracy, which have proved ineffective in the last 30 years.

"It is a project that betrays the populism of the entire political class in the face of the elections, the lack of vision and will to truly reform this sector. Although it was "sold" to the company as the lifeline to get out of the infringement procedure, the current version has again refused to focus control towards the first placing of wood on the market, as required by European principles. " - Radu Vlad, WWF Romania regional forest projects coordinator .

Here are some of the amendments we believe will thwart efforts to combat illegal logging:

A (aberrant) threshold of 10 m 3 is established to sanction as a forest crime the transports of wood materials that are not accompanied by specific transport documents from which the legality of their origin would result with certainty . The efficiency of the system for combating illegal logging is practically canceled and, moreover, the security of the forestry personnel who have forest guard duties is vulnerable . Thus, in order to establish the crime, the personnel on the field is again obliged to catch the wood thieves in the act.
Any unlawful felling is criminalized as a forestry offense, but a reasonable threshold is not set and the "illegal felling" is not clearly defined. These provisions will act as a "cardboard tiger" : either they will be inapplicable and will not deter wood thieves, or they risk generating abuses that will have no other effect than to hinder the activity of the courts .
The responsibility for the superior recovery of wood from publicly owned forests is transferred in the form of a "wish" for the future and staggered in a way that is not credible. The development of forest infrastructure (essential for achieving this goal) is not legally supported, nor are clear responsibilities for forest owners and managers specified.
“Overloading” as a mode of operation is not sanctioned as a forestry crime. The declared quantities resulting from the specific transport documents are not in line with reality (NB taking into account reasonable measurement tolerances) and yet they are not defined as “illegal harvesting” of timber.  The “disappearance” of wood from the forest, unpaid and untaxed, is still encouraged . Theft with proper documents is supported because the “origin of the wood materials”, as it is now defined, represents only the localized source from where they were obtained / place of collection and does not contain any reference on the quantities expressed by types of wood materials.
Decriminalizes the illegal / illegal cutting of forests outside the national forest fund, with an impact especially on protected natural areas. According to the Results of the National Forest Inventory, there are over 500,000 ha of forests outside the national forest fund, which are currently the most exposed to the risks of degradation of forest ecosystems.
We hope that President Iohannis will take into account our request not to enact the law amending the Forestry Code and that he will forward it to Parliament for debate.