More than 400 hectares of floodplain are brought back to life. A small „delta“ at Gârla Mare, in Mehedinți, awaits its visitors

The ecological reconstruction of the Gârla Mare-Vrata wetland, with a first stage recently completed by WWF-Romania, contributes to the restoration of biodiversity and to the area’s attractiveness for the ecotourism

Gârla Mare, Mehedinți. Over 400 hectares of floodplain, between Gârla Mare and Vrata localities, in Mehedinți county, were returned to nature following the ecological reconstruction works that involved the reconnection of the ponds on the Danube bank with the river. The project, carried out by WWF-Romania and funded by the Coca-Cola Foundation under the „Living Danube Partnership“ contributes to restoring the area’s biodiversity, with already visible effects, and opens opportunities for socio-economic development, as soon as the area becomes attractive again for fishing and ecotourism.

A little known landscape at present, the newest reconstructed wetland in Romania, at Gârla Mare -Vrata, belongs to the Natura 2000 sites Danube at Gârla Mare-Maglavit (ROSCI0299) and Gruia-Gârla Mare (ROSPA0046), designated according to EU and Romanian legislation to protect a number of species of flora and fauna. The „Delta“ at the other end from the river’s flow into the Black Sea is a place of feeding, reproduction and rest for over 80 species, some of which are vulnerable (the pygmy cormorant), almost threatened with extinction (the ferruginous duck, the otter, the pond terrapin) or in danger of extinction (the European ground squirrel).

In addition to the benefits for the environment and the community, the renaturation has the potential to reduce the risk of floods for localities located downstream of Gârla Mare.

„When nature thrives, the whole community thrives, and this is the long-term result we expect from the restoration project concluded in Gârla Mare-Vrata. Moreover, we hope that this pioneering project will inspire and be replicated as much as possible in the coming years.” – Hanny Bratu, Marketing and Fundraising Manager, WWF-România

„We are happy to put Romania on the map of restoration projects successfully completed within the Living Danube Partnership and to materialize, through a project relevant to the community and with a long-term impact, our priority of protecting water resources.“– Mihaela Niță, Public Affairs Manager, Coca-Cola Romania

A unique partnership for the restoration of the Danube wetlands

The ecological reconstruction works in Gârla Mare-Vrata are part of an extensive program, implemented across six countries: Romania, Austria, Hungary, Croatia, Serbia and Bulgaria. The „Living Danube Partnership“ is a unique, cross-sectoral partnership between WWF-CEE, the Coca-Cola Foundation and the International Commission for the Protection of the Danube River (ICPDR).

With a support of USD 4.4 million from the Coca-Cola Foundation and an eight-year history, the “Living Danube Partnership” has so far meant the restoration of wetlands and floodplains along the Danube and its tributaries, on an area of ​​5,462 ha, the equivalent of over 7,422 football fields. The ecological reconstruction works have thus increased by over 13 million cubic meters the storage capacity of the Danube meadow - a quantity that would fill over 4,800 olympic pools.

“The Living Danube partnership is a living proof point that working together is vital if we are to safeguard the supply of water in the EU, stop and reverse the decline in biodiversity and tackle climate change” - Sofia Kilifi, Sustainability &  Community manager Europe, The Coca-Cola Company

“One focus of the Living Danube Partnership was to demonstrate the feasibility and benefits of river and wetland restoration. If there is one key lesson that we have learned over the past eight years, at the basin level and through individual projects, it is the power of partnership – that by working together we can achieve more than working alone.” - Peter Barath, Regional Marketing and partnership director, WWF-CEE.

In the 1980s, the swamp and floodplain area of ​​Gârla Mare was modified for fish farming, and the constructions then interrupted the connection of the wetland with the river, with a negative impact on biodiversity.

Initiated in 2020, the ecological reconstruction at Gârla Mare-Vrata has made possible the reconnection of the Danube with its floodplain and will contribute to the storage of over 5 million m3 of water during the floods on the Danube. The works involved consolidating and raising the banks of the transversal canal (which connects the Danube and the pond), to increase the water transport capacity of the Danube, creating water holes to obtain a mosaic of habitats for aquatic species, strengthening dams to increase the amount of water accumulated in the basin of interest and the arrangement of a fishing place for the local community.

Wetlands currently cover about 6% of the earth's surface. Up to 87% of the world's wetlands have disappeared in the last 300 years, a third of them in 1970 alone. Wetlands are now disappearing three times faster than forests, and plants and animal species dependent on wetlands are in danger of extinction. In the Danube basin, over 80% of the wetlands of the river and its main tributaries have disappeared over the last 150 years and, with them, the ecosystems they housed.

Founded in 1961, WWF is one of the leading international nature conservation organization, with presence in more than 100 countries. In Romania, WWF has been working since 2006 to protect the wild environment in the Carpathian Mountains and along the Danube: protected areas, waters, forests, brown bears, the Danube Delta, sturgeons. To all this is added the stimulation of the transition to the green economy and an environmental education program for young people. WWF’s mission is to stop the degradation of the planet’s natural environment and to build a future in which people live in harmony with nature.

About the Coca-Cola Foundation

Established in 1984, The Coca-Cola Foundation has invested more than USD 1.2 billion around the world to protect the environment, empower women to thrive and to enhance the overall well-being of people and communities.

About the Coca-Cola Company

The Coca-Cola Company (NYSE: KO) is a total beverage company with products sold in more than 200 countries and territories. Our company’s purpose is to refresh the world and make a difference. Our portfolio of brands includes Coca-Cola, Sprite, Fanta and other sparkling soft drinks. Our hydration, sports, coffee and tea brands include Dasani, smartwater, vitaminwater, Topo Chico, Powerade, Costa, Georgia, Gold Peak, Honest and Ayataka. Our nutrition, juice, dairy and plant-based beverage brands include Minute Maid, Simply, innocent, Del Valle, fairlife and AdeS. We’re constantly transforming our portfolio, from reducing sugar in our drinks to bringing innovative new products to market. We seek to positively impact people’s lives, communities and the planet through water replenishment, packaging recycling, sustainable sourcing practices and carbon emissions reductions across our value chain. Together with our bottling partners, we employ more than 700,000 people, helping bring economic opportunity to local communities worldwide. Learn more at www.coca-colacompany.com and follow us on Twitter, Instagram, Facebook and LinkedIn. 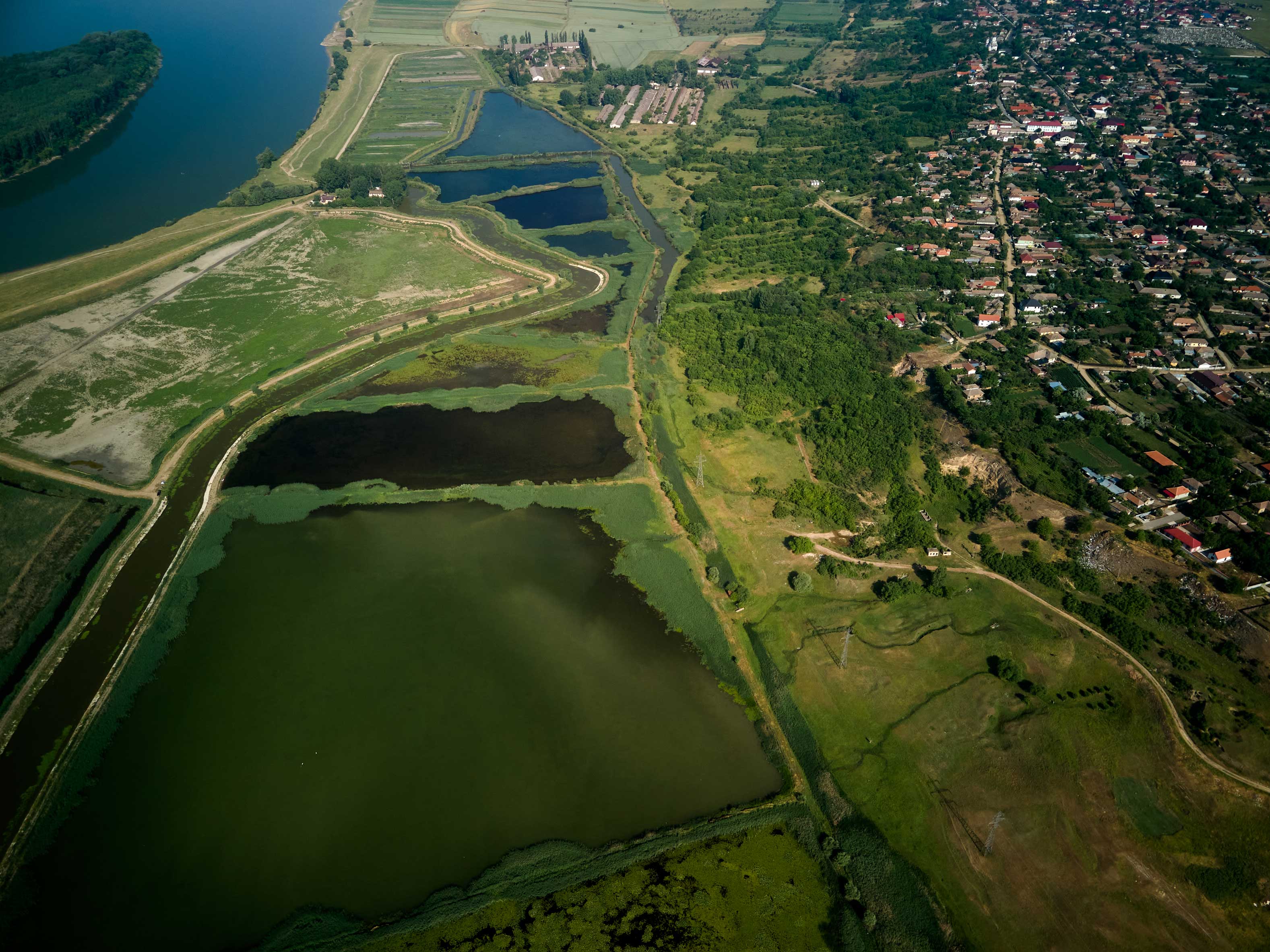 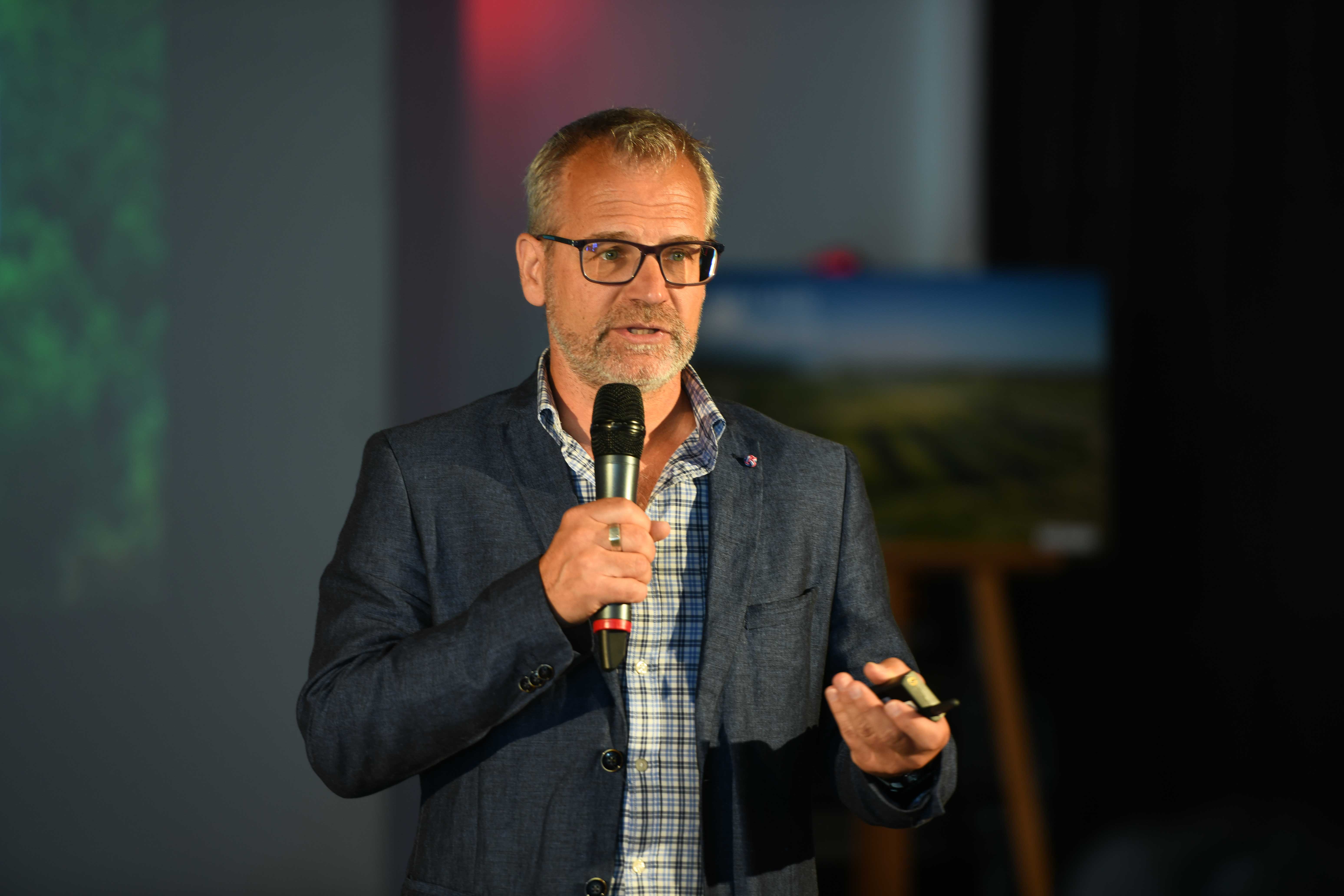 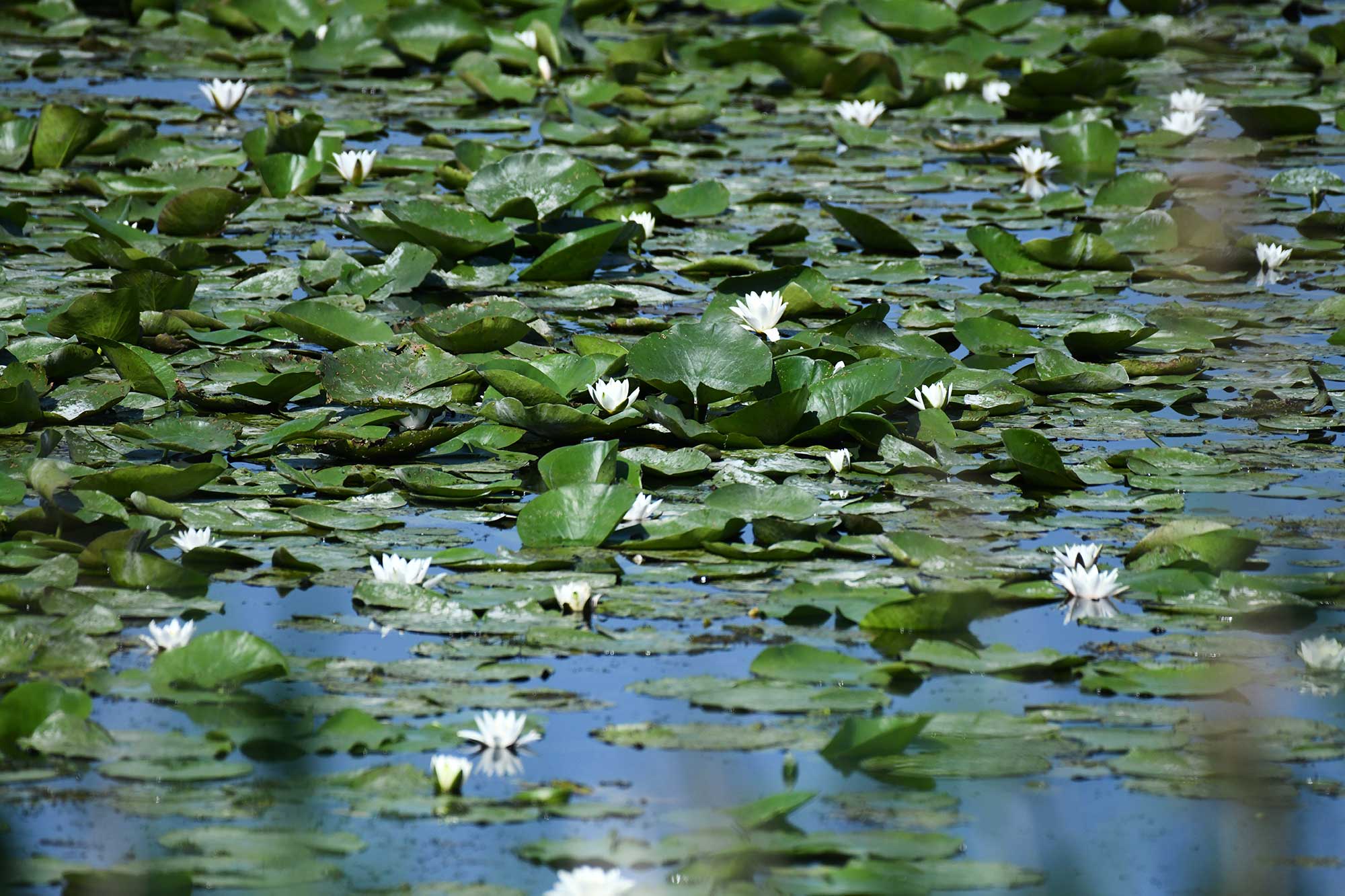 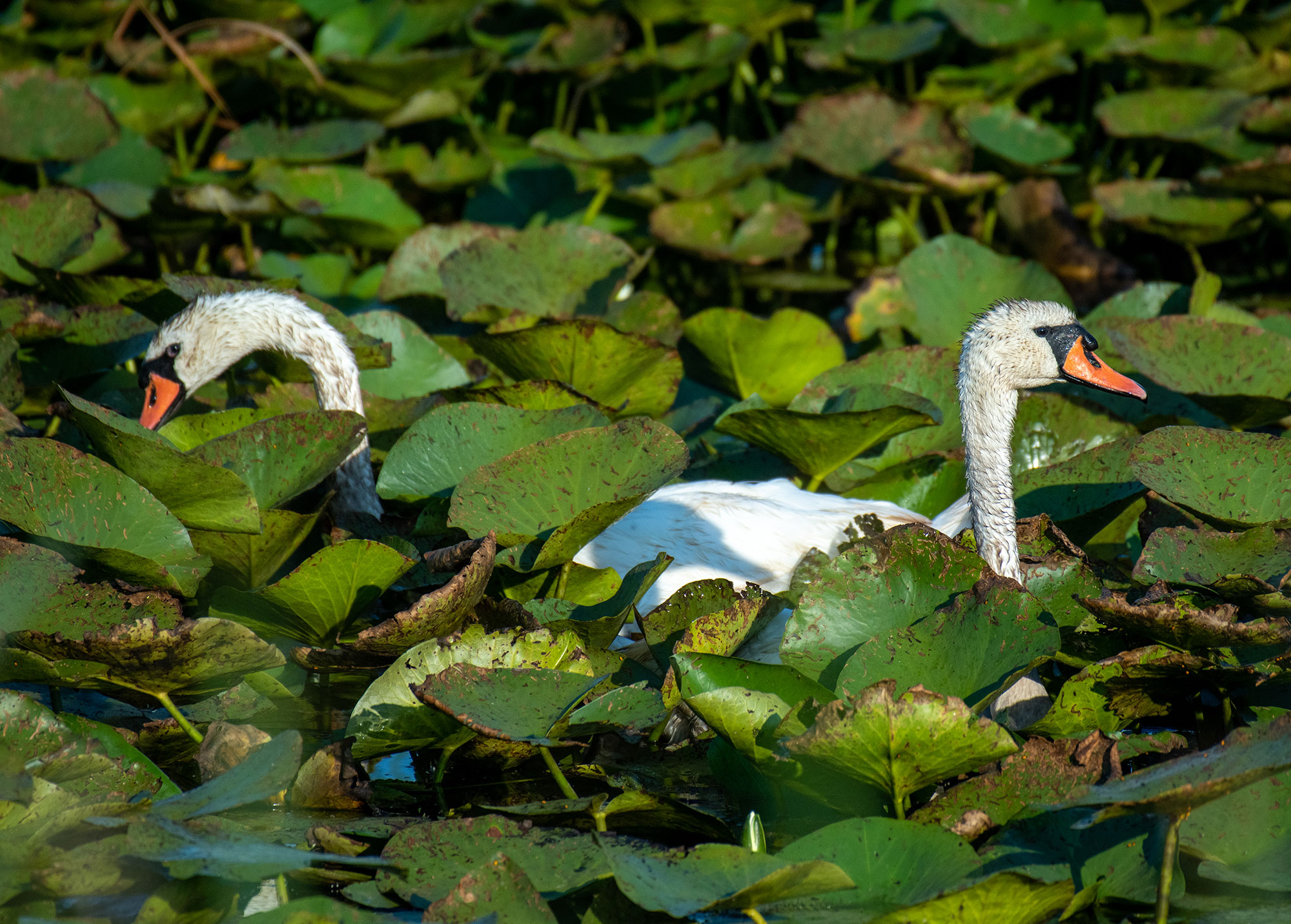