According to new climate predictions issued by the World Meteorological Organization (WMO) on July 9, the global annual mean global temperature is likely to be at least 1°C above pre-industrial levels (1850-1900) in each of the coming five years (2020-2024). The earth’s average temperature is already over 1˚C above the pre-industrial period. The last five-year period (2015 – 2019) has been the warmest five years on record.

WMO Secretary-General Petteri Taalas said the Global Annual to Decadal Climate Update “shows the enormous challenge ahead in meeting the Paris Agreement target of keeping a global temperature rise this century well below 2˚C above pre-industrial levels, and to pursue efforts to limit the temperature increase even further to 1.5˚C.” He said governments should embrace climate action as part of recovery programmes and “ensure that we grow back better.”

Responding to the WMO announcement, Manuel Pulgar-Vidal, global leader of WWF’s climate and energy practice, said: “The sobering climate outlook for the next five years, released today by the World Meteorological Organization, clearly outlines the scale of the climate challenge we face. Leaders must take advantage of the economic stimulus and recovery plans being formulated now to include bold measures to address climate change. The opportunity to transform key sectors, reinforce new behaviours and move to a 1.5℃ aligned future requires us to act now. All elements of the plans must be climate friendly and environmentally sustainable.”

Decarbonisation policies and measures will be a strong step in the right direction to slow global warming and climate change, and may in fact become the driving force for sustainable economic growth and social progress in Central and Eastern Europe. One such important action would be the implementation of regional and community-level Just Transition strategies away from coal. Indeed, the UN Paris Climate Agreement itself recognises the need for a swift transition to a sustainable and carbon-neutral society. The countries in the Danube Basin, the Green Heart of Europe are no exception.

WWF calls for a just transition to a sustainable and carbon-neutral society by 2050 and a New Deal for Nature and People. A comprehensive Just Transition strategy is necessary, one that aims to minimise hardships for workers and their communities in the associated industries through active political and financial support, as well as shifting local economies towards sustainable economic activities. A recent study by WWF-Bulgaria in the southwest coal region in Bulgaria provides 3 scenarios for possible development of the region. 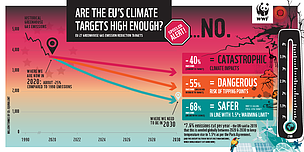 The opportunity to transform key sectors, reinforce new behaviours and move to a 1.5℃ aligned future requires us to act now. 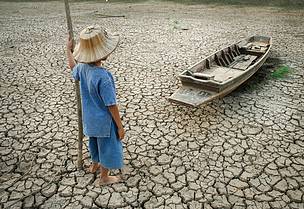 There is a ~70% chance that one or more months during the next 5 years will be at least 1.5°C warmer than preindustrial