EU Water Law Will NOT be Changed, Confirms European Commission

In a landmark day for Europe’s rivers, lakes and wetlands, the European Commission has announced that the EU’s strong water legislation — the EU Water Framework Directive (WFD) — will not be changed.

In a statement to POLITICO, the EU’s Commissioner for Environment, Ocean and Fisheries, Virginijus Sinkevičius confirmed the need to focus on supporting implementation and enforcement "without changing the directive."
The message from the Commission is clear: the Water Framework Directive (WFD) is an essential piece of EU environmental legislation and is here to stay in its current form.

The decision comes six months after the law was concluded to be “fit-for-purpose,” following a thorough two-year evaluation. Over the course of this process, more than 375,000 citizens, including many thousands from Central and Eastern Europe, demanded that the law be kept in its current form and better implemented by their governments.

Eighty percent of the Danube's floodplains and the floodplains of its main tributaries have been lost, but many could be restored under an efficiently implemented WFD. According to WWF Central and Eastern Europe, hundreds of hydropower, and dozens of navigation and flood protection infrastructure plans under preparation in Central and Eastern Europe would require proper biodiversity safeguards or be dropped altogether under the WFD in order to ensure that no harm will be done.

The Commission’s decision is welcomed by WWF, EEB, the European Anglers Alliance, European Rivers Network and Wetlands International. Together, these NGOs form the Living Rivers Europe coalition that led the #ProtectWater campaign to safeguard the WFD.

The WFD is one of the EU’s most ambitious and holistic pieces of environmental legislation, setting the target of having 100% of the EU's freshwater ecosystems in good health by 2027 at the very latest [1], up from just 40% currently [2]. The EU must meet this target in order to preserve its water resources and ensure Europe can adapt to climate change. But implementation from Member States has been weak and political will to make the law work in practice is low. There has also been much pressure to weaken the legislation, including from industry lobby groups.

“Good legislation is not something to be tampered with. The EU needs the Water Framework Directive to safeguard its water supply, halt and reverse biodiversity loss and tackle climate change. We congratulate the Commission for standing by the strong evidence, taking the views of EU citizens on board, and following up on the ambitions of the European Green Deal and EU Biodiversity Strategy. But with 2027 right around the corner, better implementation needs to start right now. We look forward to working with the Commission on ensuring the law works not just on paper but in practice to bring life back to our rivers at last.” - Ester Asin, Director of WWF’s European Policy Office

The critical role of the WFD in halting the decline in freshwater biodiversity was highlighted in a letter from close to 6,000 scientists, which was sent to the Commission at the end of last year. The WFD also has the public support of a group of businesses, who have urged the Commission and EU Member States to preserve this ground-breaking law in its current form.

With this announcement, it is clear that there can be no further delays from Member States. The European Commission must now work with all relevant stakeholders, including Central and Eastern European countries, to fast-track implementation and ensure that the WFD’s objectives are reached by 2027 at the very latest. Member States will need to pull out all the stops in the next cycle of River Basin Management Plans (RBMPs), which will be issued next year.

“The fourteen Danube Basin countries are currently drafting their water management measures for the 2021-2027 period. WWF-CEE is advocating for a strong focus on river and wetland restoration to boost the self-healing properties of water ecosystems and increase their resilience against the impacts of climate change - such as the growing frequency of floods and droughts.” - Laurice Ereifej, Freshwater Lead, WWF Central and Eastern Europe.

"The coronavirus crisis has highlighted the importance of healthy ecosystems as an insurance against pandemics, in addition to the countless other benefits that healthy, resilient water environments provide. By giving the EU's ground-breaking water legislation the final sign-off, the European Commission and Member States can now get on with the job at hand: bringing our rivers, lakes and groundwater aquifers to ecological health by 2027 at the latest. The gaps in the implementation of this law that the two-year evaluation highlighted will need to be addressed while putting in place the European Green Deal." - Sergiy Moroz, Policy Manager for Water and Biodiversity at the EEB.

There is no health without a healthy planet.

References
[1] The original deadline for meeting this final objective was 2015, and was missed by a long shot. With 60% of EU waters still not healthy, the European Commission and Member States need to pull out all the stops to boost implementation and meet the final 2027 deadline.

[2] The latest data from the European Environment Agency shows that 60% of EU fresh waters are currently not healthy and fail to meet the WFD’s standards (EEA, European Waters - Assessment of Status and Pressures 2018)

Notes:
European Commission stands strong in the face of pressure to weaken the EU’s water legislation:

What we need now:
The European Commission must now work with Member States and all relevant stakeholders to fast-track implementation and ensure that the WFD’s objectives are reached by 2027 at the very latest. Concretely, we will be looking out for the following implementation gaps to be tackled:

In the past, Member States’ River Basin Management Plans (RBMPs) have missed the opportunity to improve river health by tackling hydromorphological pressures (changes to the physical shape and/or flow of a water body), including through dam removal. Dam removal has large economic benefits, in terms of job creation, and is cost-efficient when compared to the costs of maintaining obsolete dams, and increases resilience to extreme weather events. Dam removal also aids the protection and conservation of sturgeon, Danube salmon and other migratory fish.
Whilst the EU’s Biodiversity Strategy includes the concrete commitment to restore 25,000 km of free-flowing rivers (including through dam removal), it is neither clear from this nor from the Recovery Package how the Commission will financially support this target. Dedicated funding is needed to turn this commitment into a reality, and the Natural Capital and Circular Economy Initiative proposed under the Recovery Package could be an opportunity for this. Freeing up money for this initiative is a win-win, helping meet the Biodiversity Strategy’s targets and the objectives of the WFD.

Drought management strategies need to be developed as part of Member States’ River Basin Management Plans and as a preventative response to climate change, rather than solely as an emergency response when droughts have already hit. Water management is not an isolated issue and must be tackled holistically, as required under the WFD.

The European Commission’s WFD implementation report and fitness check conclusions highlighted lack of funding as a significant obstacle to the law’s implementation. If Member States were to fully implement cost recovery under the WFD, they would not be depriving themselves from a source of revenue. Moreover, they would ensure that the costs of implementing the measures were not solely borne by consumers, while at the same time incentivising good practices. 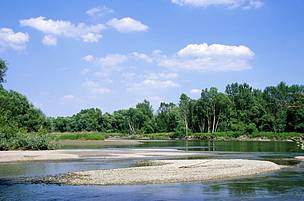 The Water Framework Directive is one of the EU’s most ambitious and holistic pieces of environmental legislation, setting the target of having 100% of the EU's freshwater ecosystems in good h 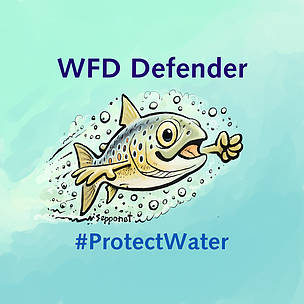 Good legislation is not something to be tampered with. The EU needs the Water Framework Directive to safeguard its water supply, halt and reverse biodiversity loss and tackle climate change.