On World Wetlands Day, WWF-CEE and The Coca-Cola Foundation are working to further developing their unique partnership for large-scale river and wetland restoration in the Danube basin

For the first time, this year’s World Wetlands Day is taking place with the official support of the United Nations, underlining the critical state and importance of the world’s wetlands. On this occasion, WWF-CEE and The Coca-Cola Company emphasise the importance of healthy rivers and wetlands and commit to continuing their successful Living Danube Partnership with the support of The Coca-Cola Foundation to promote river and wetland restoration and climate resilience across the Danube basin.

The importance of wetlands

Wetlands currently cover roughly 6% of the Earth’s land surface, with 87% lost in the past 300 years. Wetlands are now disappearing three times faster than forests and putting plants, species and animals dependent on wetlands at  risk of extinction. (Source: Global Wetlands Outlook)

In the Danube basin, more than 80% of floodplains, wetlands have been lost over the past 150 years, and with them the ecosystem goods and services they provide. The effects have been wide‑ranging and include plummeting fish and wildlife populations, decreases in water quality and damage to wetlands, which are no longer able to provide much needed biodiversity hotspots or to act as buffers to floodwaters  – services that are becoming all the more valuable in the face of climate change.

'The wise and sustainable use of wetlands is not only possible - it’s critical to the future of humanity and the planet. Continued harm to these life-sustaining ecosystems will have dire consequences if we don’t act now. In many ways, wetlands are our lifeline to the future. And we must make the necessary investments of time, capital - and heart - to save them.', said Martha Rojas Urrego, Secretary General of the Convention on Wetlands. 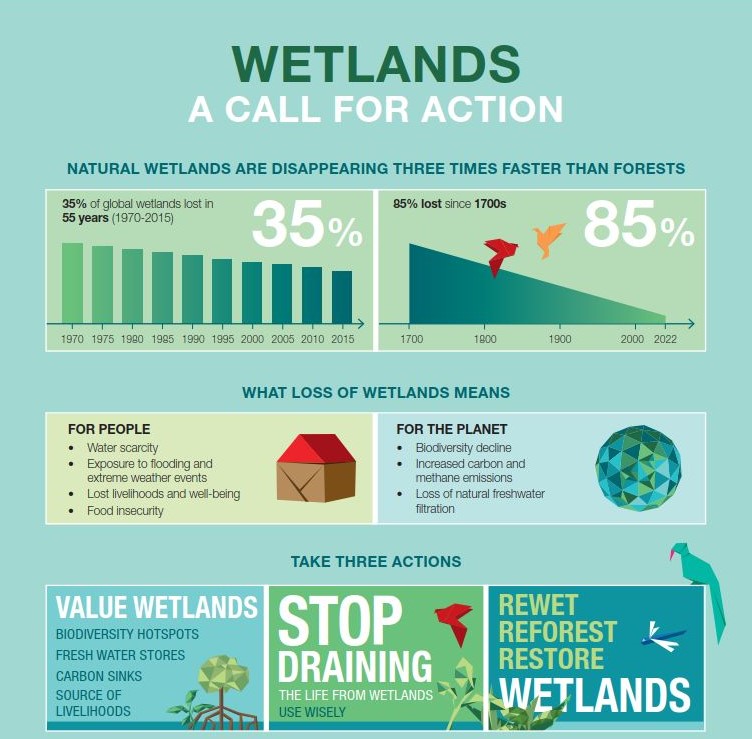 In 2021, WWF-CEE, The Coca-Cola Foundation as well as the International Commission for the Protection of the Danube River (ICPDR) announced the successful completion of the first phase of their unique, cross-sectoral partnership to promote the conservation and restoration of wetlands in the Danube basin. Supported by a $4.4 million (€3.73 million) grant from The Coca-Cola Foundation, the eight-year Living Danube Partnership restored vital wetlands, rivers and floodplains along the River Danube and its tributaries, increasing the river capacity by the equivalent of over WWF's Living Danube Partnership  has restored over 5,462 hectares of wetlands – that is an area of more than 7,422 football pitches. This has increased the capacity of the Danube by 13 million m3, or the equivalent of more than 4,800 Olympic-sized swimming pools. Detailed result of the Living Danube Partnership program here.

Toward the next phase of the Living Danube Partnership

Following the successful completion of the first phase of the Living Danube Partnership, the partners will follow up to build on the achievements of the Living Danube Partnership in 2014-21, while exploring opportunities (in 2022) for even more ambitious collective action for climate resilience related to river and wetland restoration in the future.

Supported by a grant of $500,000 for one year from The Coca-Cola Foundation, activities, which will take place across 6 countries of the Danube basin, including Bulgaria, Hungary, Romania, Serbia, Slovakia and Ukraine, will contribute to:

By expanding and deepening the current Partnership and leveraging policy and finance from a variety of public and private sources, the partners are aiming to promote a paradigm shift in water management and climate resilience in the Danube basin toward working with nature rather than against it.

'Over the last 8 years, the Living Danube Partnership has made a difference for nature and people and specifically for freshwater in the Central-Eastern European region. We are looking forward to build on these achievements and to exploit further the nature-based and sustainable solutions to connect the water replenishment work with our wider sustainability agenda in order to achieve net zero emissions, to become nature positive and to make our communities and supply chains more climate change resilient.', said Jan Burger, Climate & Water Sustainability Director Europe, The Coca-Cola Company.

Preliminary targets for 2030 that will be reviewed over the next 15 months, include 50,000 or more hectares of rivers and wetlands in the process of restoration, as many as 100 million people reached; and up to €100 million leveraged for nature-based solutions

‘The Living Danube Partnership is living proof that working together is vital if we are to safeguard the supply of water in the EU, and stop and reverse the decline of biodiversity and tackle climate change.', said Sofia Kilifi, Sustainability Manager Europe, The Coca-Cola Company.

The Danube River Basin is the most international  river basin in the world and a very significant lifeline for Europe. On its 2,800 km journey from the Black Forest to the Black Sea, the river passes through 10 countries and drains all or part of 19 countries.

The basin not only unifies and sustains a wealth of diverse cultures and traditions, but also supports unique wetland or mosaic of habitats like the Mura‑Drava‑Danube Biosphere Reserve or the Danube Delta.

World Wetlands Day, celebrated annually on 2 February, aims to raise global awareness about the vital role of wetlands for people and the planet. This day also marks the date of the adoption of the Convention on Wetlands on 2 February 1971, in the Iranian city of Ramsar.

A call to take action for wetlands is the focus of this years’ campaign. It's an appeal to invest financial, human and political capital to save the world’s wetlands from disappearing and to restore those we have degraded. 2 February 2022 is the first year that World Wetlands Day will be observed as a United Nations international day, following its adoption by the General Assembly on 30 August 2021 in a resolution co-sponsored by 75 member states, source:  unep.org 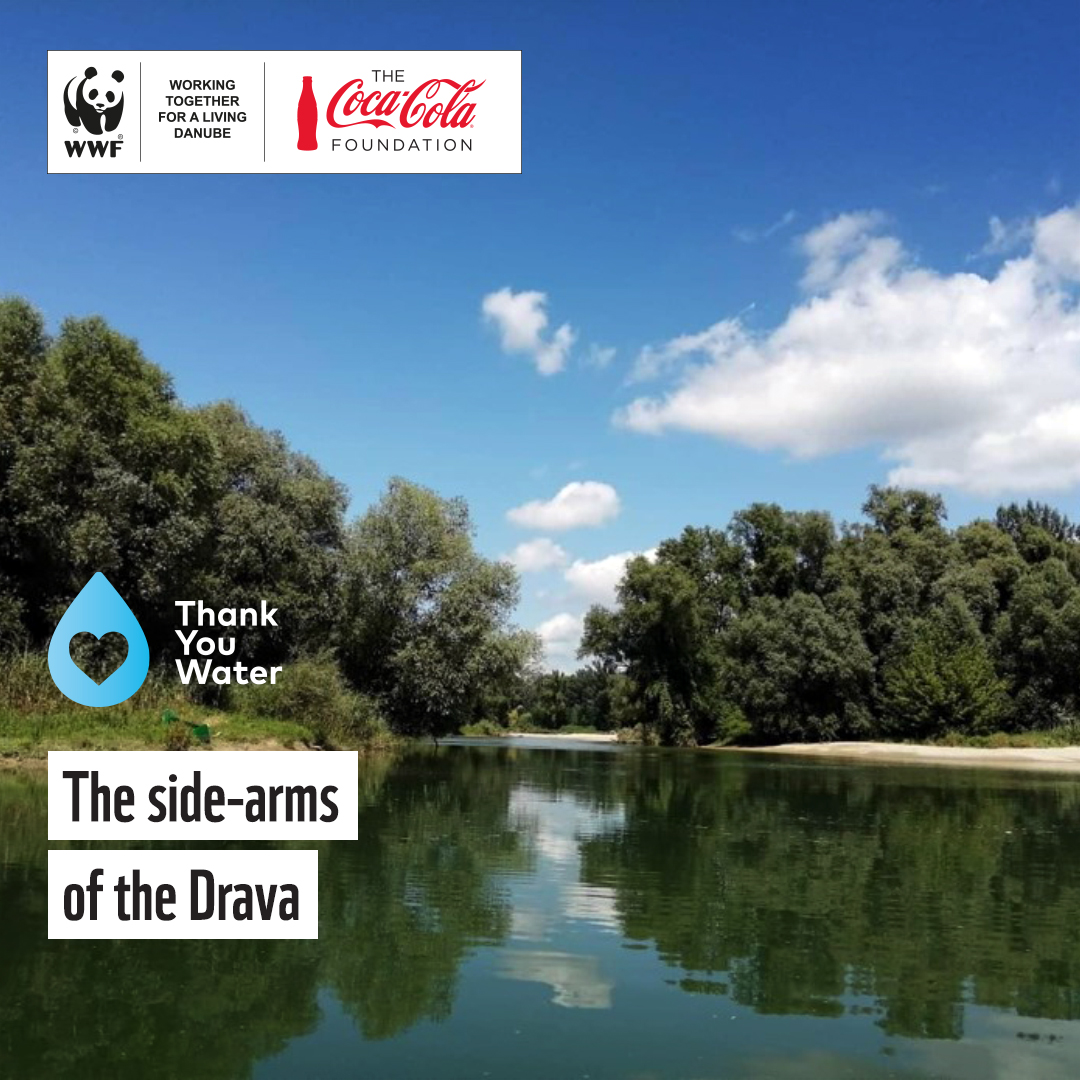 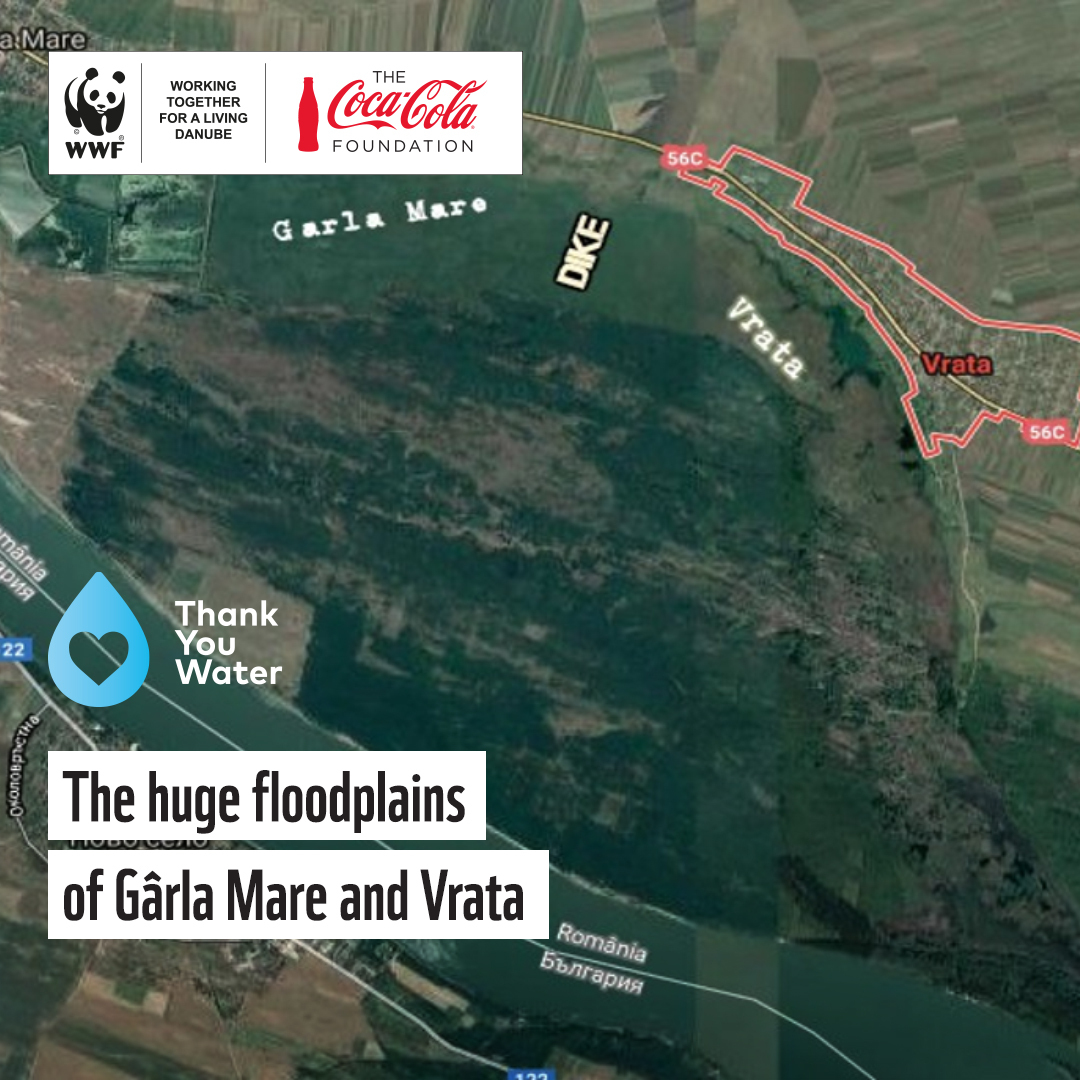