Montreal, Canada/ Brussels, Belgium – Today’s adoption of a global biodiversity framework at COP15 in Montreal commits the world to halting and reversing biodiversity loss by 2030 – a global goal hailed as the equivalent to climate’s 1.5C. WWF welcomes the agreement’s target to conserve at least 30% of land, freshwater and ocean globally, while respecting the rights of indigenous peoples and local communities, and recognising the contributions of indigenous and traditional territories towards the target’s tally.

Two years later than planned, the Kunming-Montreal Agreement was adopted today by 196 countries under the UN Convention on Biological Diversity.

“Agreeing a shared global goal that will guide collective and immediate action to halt and reverse nature loss by 2030 is an exceptional feat for those that have been negotiating the Global Biodiversity Framework, and a win for people and planet. It sends a clear signal and must be the launch pad for action from governments, business and society to transition towards a nature-positive world, in support of climate action and the Sustainable Development Goals,” explains Marco Lambertini, Director General, WWF International.

“The agreement represents a major milestone for the conservation of our natural world, and biodiversity has never been so high on the political and business agenda, but it can be undermined by slow implementation and failure to mobilize the promised resources. It also lacks a mandatory ratcheting mechanism that will hold governments accountable to increase action if targets are not met. We must now see immediate implementation of this agreement, no excuses, no delays.” adds Lambertini.

It will now be essential that countries deliver on the Kunming-Montreal Agreement by translating it into ambitious national plans and policies. Countries must update national biodiversity strategies and action plans to align them with the global goal of reversing biodiversity loss by 2030.

“This deal will only be as good as its implementation. For the EU, we now have the chance to bring nature back by adopting a strong and ambitious Nature Restoration Law. At tomorrow's meeting of EU environment ministers, Member States must live up to the spirit of Montreal, and voice their unequivocal support for the Commission's proposal to restore at least 20% of the EU’s land and at least 20% of the EU sea areas by 2030, with meaningful targets for all ecosystems. The world will be watching!" said Sabien Leemans, Senior Biodiversity Officer, WWF European Policy Office.

Tomorrow, EU environment ministers will have the first opportunity to exchange views on the proposal for the EU Nature Restoration Law. The proposal tabled by the European Commission in June 2022 includes legally binding restoration targets for various ecosystems across the EU and is a huge opportunity to put our degraded nature on a path to recovery.

One of the most contentious issues in the COP15 negotiations was the finance package to support conservation efforts globally, and particularly in developing countries.

WWF therefore commends the commitment from governments to eliminate subsidies harmful to nature, and the wider commitment to substantially and progressively increase the level of financial resources from all sources by 2030, mobilizing at least 200 billion USD per year. This represents roughly a doubling from a 2020 baseline. A major achievement is also the commitment to 20 billion USD in international finance flows by 2025 and 30 billion by 2030.

WWF also warns that the agreement’s goal of reversing biodiversity loss by 2030 could be undermined if weak language in critical areas such as the protection of intact ecosystems and tackling unsustainable production and consumption is not addressed at the national level.

WWF is an independent conservation organization, with over 30 million supporters and a global network active in over 100 countries. WWF's mission is to stop the degradation of the Earth's natural environment and to build a future in which humans live in harmony with nature, by conserving the world's biological diversity, ensuring that the use of renewable natural resources is sustainable, and promoting the reduction of pollution and wasteful consumption. Visit www.panda.org/news for the latest news and media resources and follow us on Twitter @WWF_media. 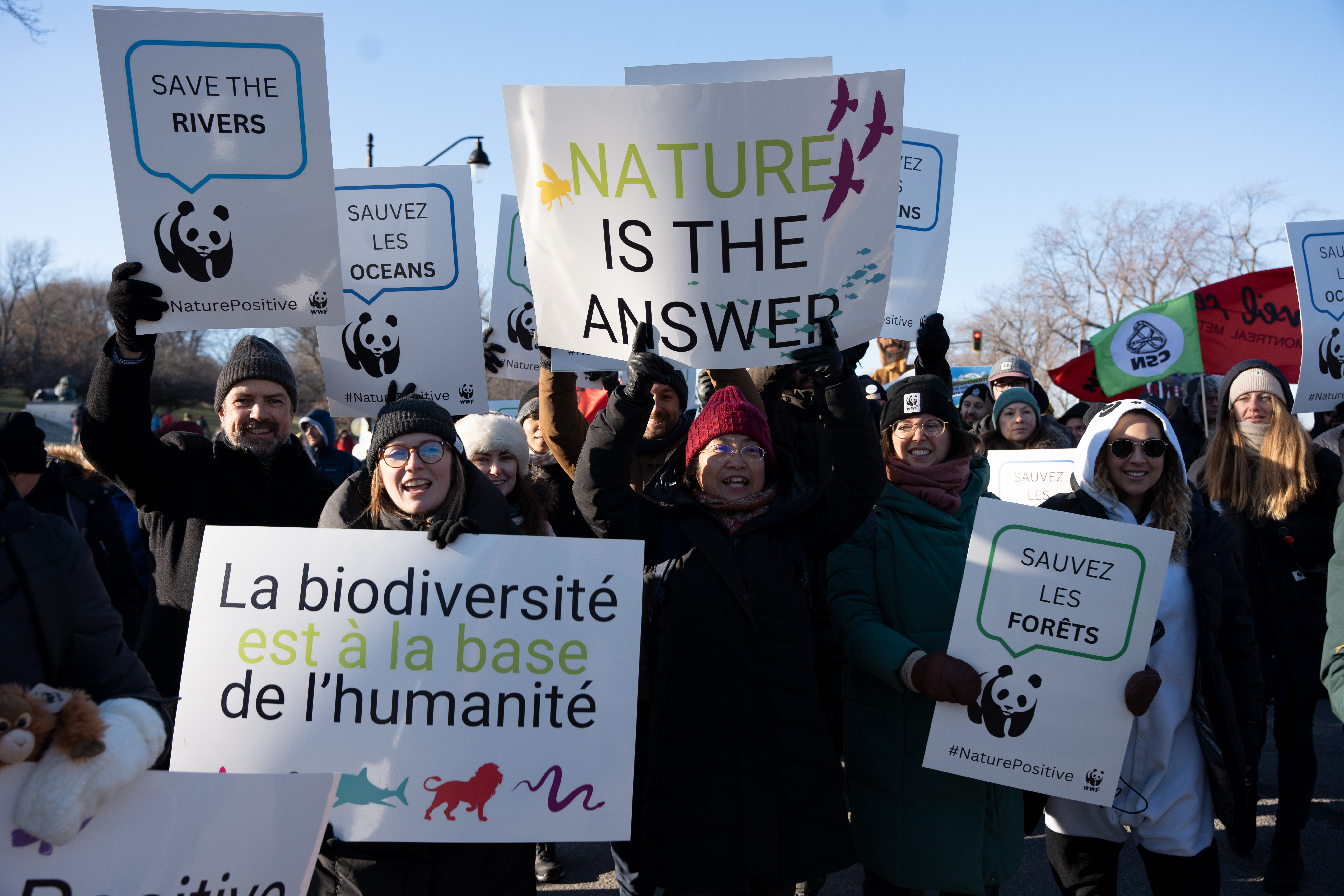