This year on World Environmental Day, WWF Central and Eastern Europe joins other European countries to highlight the crucial role of healthy rivers and wetlands to halt the collapse in freshwater biodiversity and increase natural protection against extreme weather episodes, in particular droughts and floods.

Several European governments, WWF and the largest transnational water management body in the continent, have come together on World Environment Day to celebrate rivers and wetlands. The video underlines the vital importance of restoring these ecosystems for climate change adaptation, the reversal of biodiversity loss and strengthening bonds between people and nature. Finland, Italy, Latvia, or the International Commission for the Protection of the Danube River –  which encompasses 14 countries – Austria, Bulgaria, Croatia, the Czech Republic, Germany, Hungary, Moldova, Romania, Slovakia, Slovenia, Serbia, Montenegro, Herzegovina and Ukraine – talk about their commitment to freshwater restoration on this video.

Restoration in Europe is crucial to counteract the impact of more frequent and intense extreme weather episodes and alarming biodiversity loss. Our geography is saturated with channelled and dredged rivers, deforestation, polluted streams, drained wetlands and aquifers, invasive species, eroded zones and over 1 million barriers blocking our rivers. The dramatic degradation of Europe’s ecosystems, in particular freshwater ones, is appalling.

Last year 2021, severe floodings in Germany, Belgium and the Netherlands caused devastating damage. More than 220 people were killed and there was an estimated €33 billion in losses, the costliest natural disaster in Germany and Europe to date. Climate change fueled natural disasters are a rising tendency, and it’s up to society to get ready for them by restoring nature so it can successfully face these challenges. Some restoration measures include reconnecting rivers to their floodplains, eliminating dykes, removing unnecessary dams, recovering drained wetlands, inundating peatlands, restoring riverine vegetation or, building permeable pavements, among others.

The facts are still there, 60% of EU rivers, lakes and wetlands are not healthy, and Europe has the most fragmented river landscape on the planet. One in three freshwater fish species in Europe are currently threatened with extinction and migratory freshwater fish populations have seen a 93% collapse since 1970. There are only 3 remaining free flowing rivers of over 1.000km of length left in Europe

The European Commission is expected to present a proposal for a new law that would set legally binding targets to restore nature across the EU on 22 June. WWF is calling on the EU to include in the upcoming Nature Restoration Law legally binding, ambitious restoration targets, in particular for rivers, floodplains, wetlands and all types of ecosystems that contribute to retain and store water. In addition, WWF is calling on the European Commission to propose targets of at least 15% of EU land and sea (650,000 km2) to be restored by 2030.

Along the same lines, WWF calls on Member States to include Nature-based Solutions, and in particular floodplain restoration and natural water retention measures, as key measures in national and regional plans on water, forests,  floods, climate, disaster risk reduction, energy, and agricultural and transport sectors.

The advantages of nature restoration are many and varied, and not only limited to improving the state of freshwater’s, land’s (and even ocean’s) biodiversity. It also implies benefits for our health, creating new areas for recreation and to reconnect with nature. It provides an  economic investment for the future, with the creation of sustainable jobs and new business opportunities.  it also helps reducing natural disaster risks, adapting to climate change and contributing to mitigation, thus preventing and reducing the cost of these episodes.

Eva Hernández, head of WWF’s Living European Rivers Initiative, explains “We wish to celebrate river and wetland restoration as a key environmental and economic measure for nature and people, and we wish to involve everyone, from government officials to companies and citizens. We believe in working together to create a great legal framework as well as designing and carrying out river & wetland restoration project, encouraging people to participate in the fantastic Move4Nature challenge and show they care!”.

Since 2014, WWF-CEE offices, together with the water and nature protection institutions and local partners, have started the restoration of the river sections and floodplains along the Danube in several important areas. Nine restoration projects across six countries (Austria, Hungary, Croatia, Serbia, Romania and Bulgaria) were held and further sites for future restoration were identified in this period. The projects are concentrated in and thus contribute to realising the Lower Danube Green Corridor (shared by Romania, Bulgaria, Moldova and Ukraine); and the Mura-Drava-Danube Transboundary Biosphere Reserve (shared by Austria, Slovenia, Hungary, Croatia and Serbia).

The EU Biodiversity Strategy has committed Europe to restoring freshwater ecosystems as a key measure to ensure that Europe's biodiversity will be on the path to recovery by 2030. WWF urges governments and EU institutions to make sure that this commitment is translated into binding restoration targets and mainstreamed in sectoral policies.

The #RestoreWater action, led by WWF Living European Rivers Initiative inside the #Move4Nature campaign, with the support of offices and countries across the continent, wishes to boost the public engagement to ask for a powerful EU Nature Restoration Law. 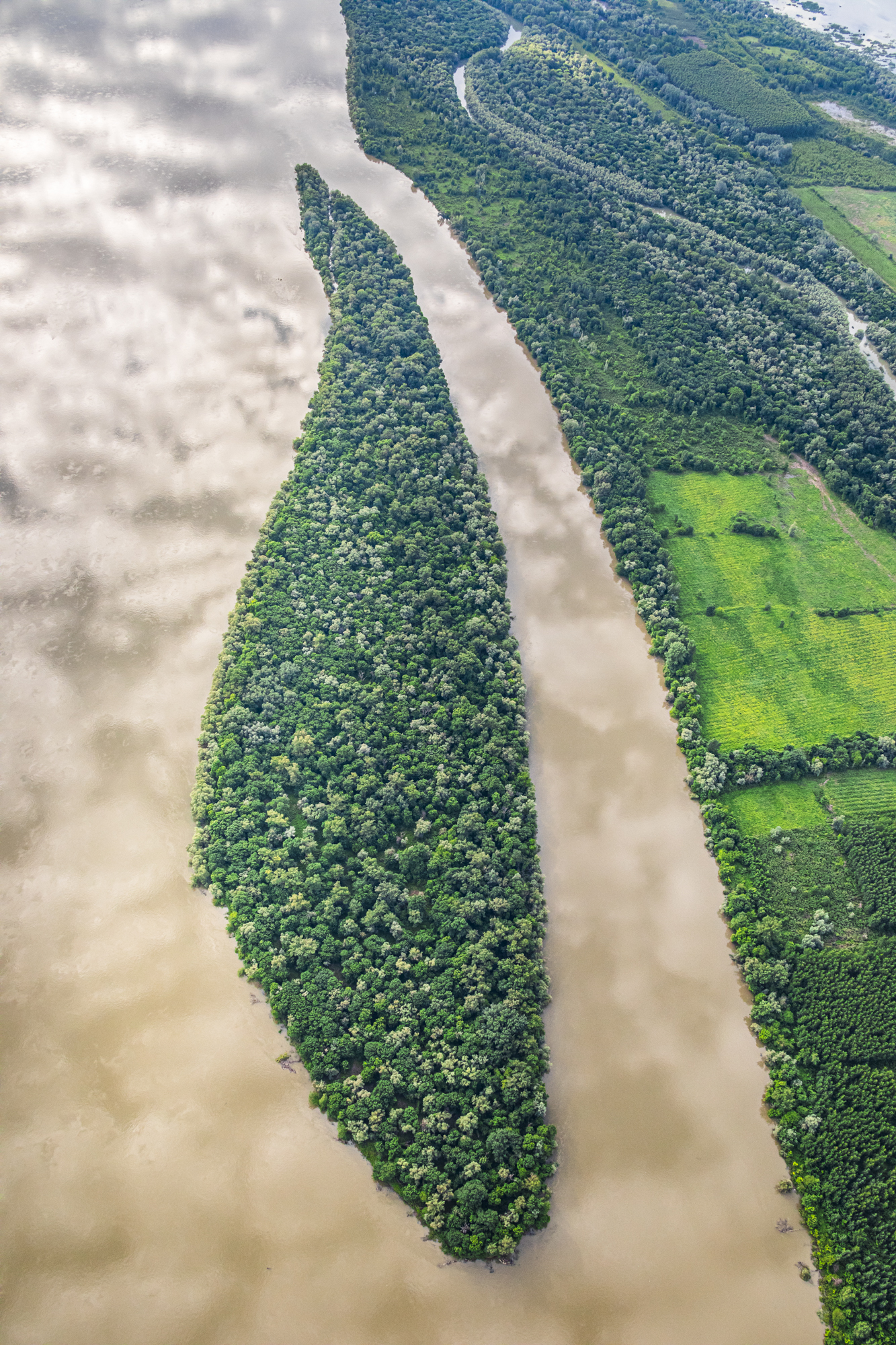 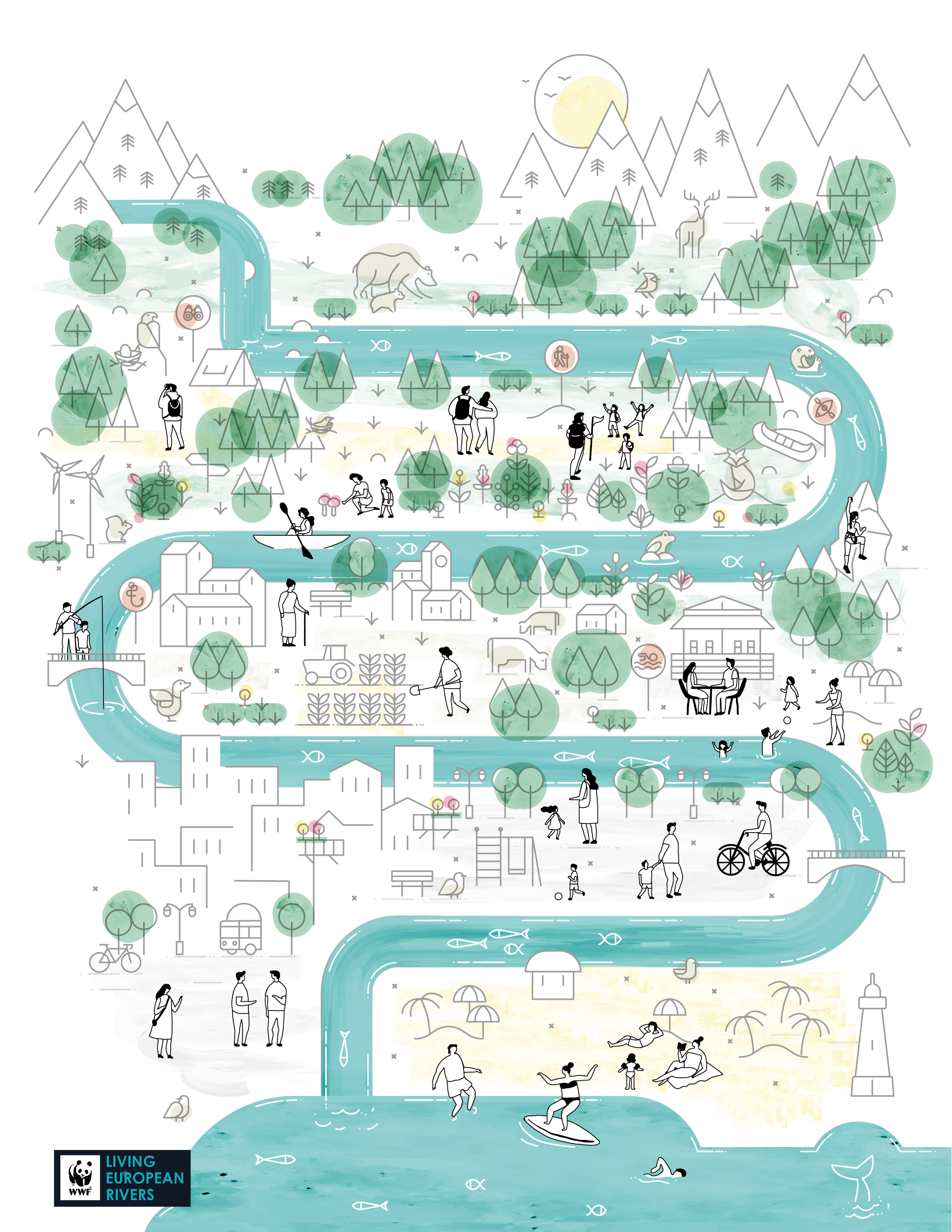