27 km of illegal fishing gear, 125 kg of sturgeon meat and 6 heads of Beluga were seized by the Romanian Police in an impressive raid executed in 11 locations and 2 Romanian counties 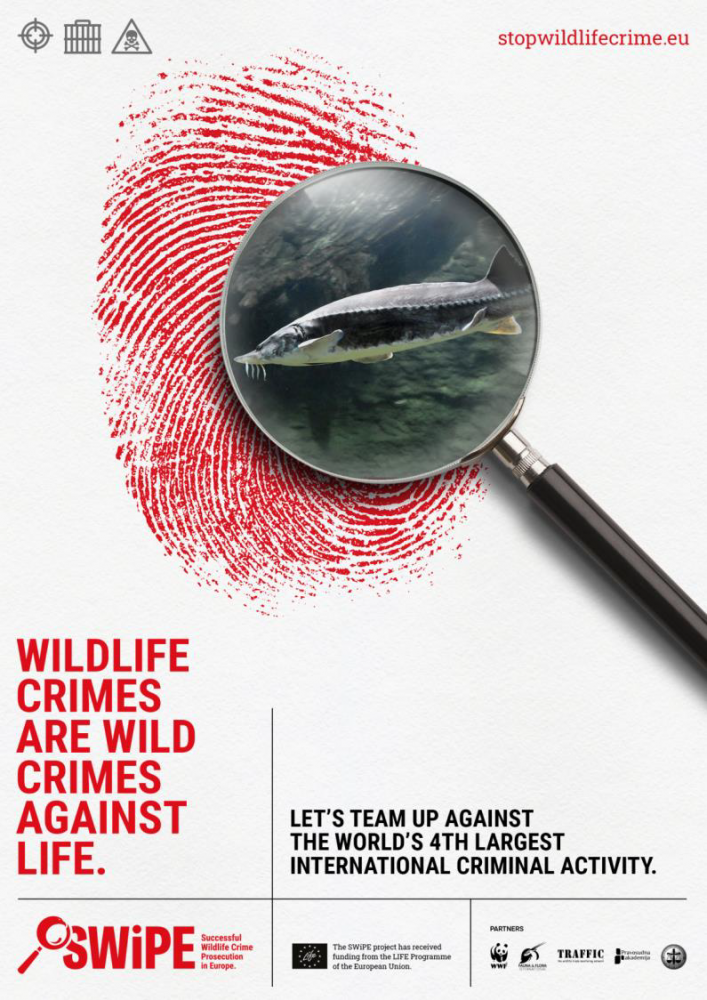 With seven out of eight European species critically endangered, a new operation by the Romanian Police executed this December in 11 locations and 2 Romanian counties highlights the scale of poaching in wild sturgeon, which remains one of the main threats to the survival of these iconic fish in the Lower Danube and the Black Sea.

Early 2021, Romania took a firm decision to indefinitely extend its last 5-year temporary ban on fishing and selling of all wild sturgeon species and wild sturgeon products. The decision followed a long campaign by conservation organisations, and the release of WWF’s Sturgeon Market Survey which detailed the systemic poaching of critically endangered sturgeon in Romania and other three Lower Danube countries.

WWF appreciates the increasingly strong commitment made by Romania in taking crucial steps for the survival of sturgeons and further recommends enhanced controls of domestic trade, improved inter-agency partnerships, and increased border controls, among other solutions. The 11 December 2021 raid was executed by the Transport Police in collaboration with several central and local police departments, under the coordination of the Prosecutor's Office attached to the Constanţa Court and is a perfect example of good inter-agency coordination and cooperation. Police officers seized 27 km of illegal fishing gear and 5 boat engines, 125 kg of sturgeon meat and 6 heads of Beluga as well as 1.75 tons of carp eggs.

WWF-CEE recently concluded two sturgeon conservation projects tackling sturgeon poaching In Romania. In fact, the publication of the Sturgeon Market Survey was possible because of seizure and sample analysis performed under one of these projects, LIFE for Danube Sturgeons. Sturgeon are also covered by an ongoing project -- SWIPE (Successful Wildlife Crime Prosecution in Europe) which aims to discourage and ultimately reduce wildlife crime by improving compliance with EU environmental law and increasing the number of successfully prosecuted offences.