23 February 2021– The world’s dazzlingly diverse freshwater fish are critical for the health, food security and livelihoods of hundreds of millions of people, but they are under ever increasing threat with one in three already threatened with extinction, according to the World’s Forgotten Fishes Report published today by 16 global conservation organisations.

There are18,075 freshwater fish species, accounting for over half of the entire world’s fish species and a quarter of all vertebrate species on Earth. This wealth of species is essential to the health of the world’s rivers, lakes and wetlands – and supports societies and economies across the globe. But freshwater fish continue to be undervalued and overlooked – and thousands of species are now heading towards extinction. Freshwater biodiversity is declining at twice the rate of that in our oceans or forests. Indeed, 80 species of freshwater fish have already been declared ‘Extinct’ by the IUCN Red List of Threatened Species, including 16 in 2020 alone. Meanwhile, populations of migratory freshwater fish have fallen by 76 per cent since 1970 and mega-fish by a catastrophic 94 per cent.

“Nowhere is the world’s nature crisis more acute than in our rivers, lakes and wetlands, and the clearest indicator of the damage we are doing is the rapid decline in freshwater fish populations. They are the aquatic version of the canary in the coalmine, and we must heed the warning,” said Stuart Orr, WWF Global Freshwater Lead. “Despite their importance to local communities and indigenous people across the globe, freshwater fish are invariably forgotten and not factored into development decisions about hydropower dams or water use or building on floodplains. Freshwater fish matter to the health of people and the freshwater ecosystems that all people and all life on land depend on. It’s time we remembered that.”

The World’s Forgotten Fishes Report highlights the devastating combination of threats facing freshwater ecosystems – and the fish that live in them – including habitat destruction, hydropower dams on free flowing rivers, over abstraction of water for irrigation, and domestic, agricultural and industrial pollution. In addition, freshwater fish are also at risk from overfishing and destructive fishing practices, the introduction of invasive non-native species and the impacts of climate change as well as unsustainable sand mining and wildlife crime. For example, poaching for illegal caviar is a key reason why sturgeons are one of the world’s most threatened group of species, while Critically Endangered European eels are the most trafficked animal.

Sturgeon: the world’s most endangered family of species

For hundreds of years, sturgeons played a major role in local economies, providing food and livelihoods for many. A beluga sturgeon measuring 7.2 metres was once caught in the Volga River, but few giants are spotted these days. Indeed, few sturgeon of any size are seen in the wild these days. These gentle giants have been swimming around since the age of the dinosaurs, but 23 of the 27 species are now on the brink of extinction. Indeed, the closely related Chinese paddlefish was declared extinct in 2020. The Danube and the Rioni River in Georgia are the only two rivers remaining in Europe where migrating sturgeons reproduce naturally. Ongoing developments through navigation projects, dredging activities or planning of hydropower dams continue the pressure on sturgeon populations in Europe, many of which already depend on release programmes as a last glimmer of hope.

Sturgeon and other migratory fish species represent the historical, economic and natural heritage of the Danube. Furthermore, they are indicators of the ecological status of the river’s watercourses, especially concerning the function of the river as an ecological corridor. Transnational management and restoration actions to re-establish these corridors as migration routes, as well as stocking with indigenous species, are essential until we have achieved a self-sustaining population again.

“If you want a bad example on which fate freshwater fish can take, sturgeon tell the story. Only a few decades ago, communities and whole regions thrived on sturgeon fishing and caviar trade. Today, they are more threatened than any other group of species in the world! Efforts to restore sturgeon populations are ongoing across Europe, but urgent action and concerted efforts are needed to turn the clock back!” - Beate Striebel, WWF Network Sturgeon Strategy Coordinator

WWF-CEE is engaged in sturgeon protection measures in most Danube countries. Our priority is to identify and protect the critical habitats of the remaining four sturgeon species (Huso huso, Acipenser stellatus, A. ruthenus, A. gueldenstaedtii) in the Lower Danube and north-western Black Sea, as well as to reduce pressure on their remaining populations by addressing poaching and ensuring protection. If we can save sturgeons, we will save so much more – helping to revive the rivers they live in for the benefit of people and nature.

There is a long list of threats to freshwater fish, but there are also solutions – and 2021 offers real hope that the world can turn the tide and start to reverse decades of decline in freshwater fish populations. The world must seize the opportunity to secure an ambitious and implementable global biodiversity agreement at the UN Convention on Biological Diversity (CBD) conference in Kunming, China – one that must, for the first time, pay just as much attention to protecting and restoring our freshwater life support systems as the world’s forests and oceans.

Specifically, this New Deal for Nature and People must build on the freshwater transition outlined in the CBD’s 5th Global Biodiversity Outlook, which echoes the 6-pillars of the WWF-led Emergency Recovery Plan for freshwater biodiversity - a comprehensive plan that can deliver solutions at the scale necessary to reverse the collapse in freshwater fish populations.

“What we need now is to recognise the value of freshwater fish and fisheries, and for governments to commit to new targets and solutions implementation, as well as prioritizing which freshwater ecosystems need protection and restoration. We also need to see partnerships and innovation through collective action involving governments, businesses, investors, civil society and communities," said Orr.

Humanity must urgently bend the curve of biodiversity loss before we reach a tipping point from which we may not recover, and which will have dramatic consequences for all life on Earth. CEE leaders must join other world leaders to commit to a New Deal for Nature and People, including halting and reversing biodiversity loss and habitat loss by 2030.

The full report can be downloaded here

Photos can be downloaded here 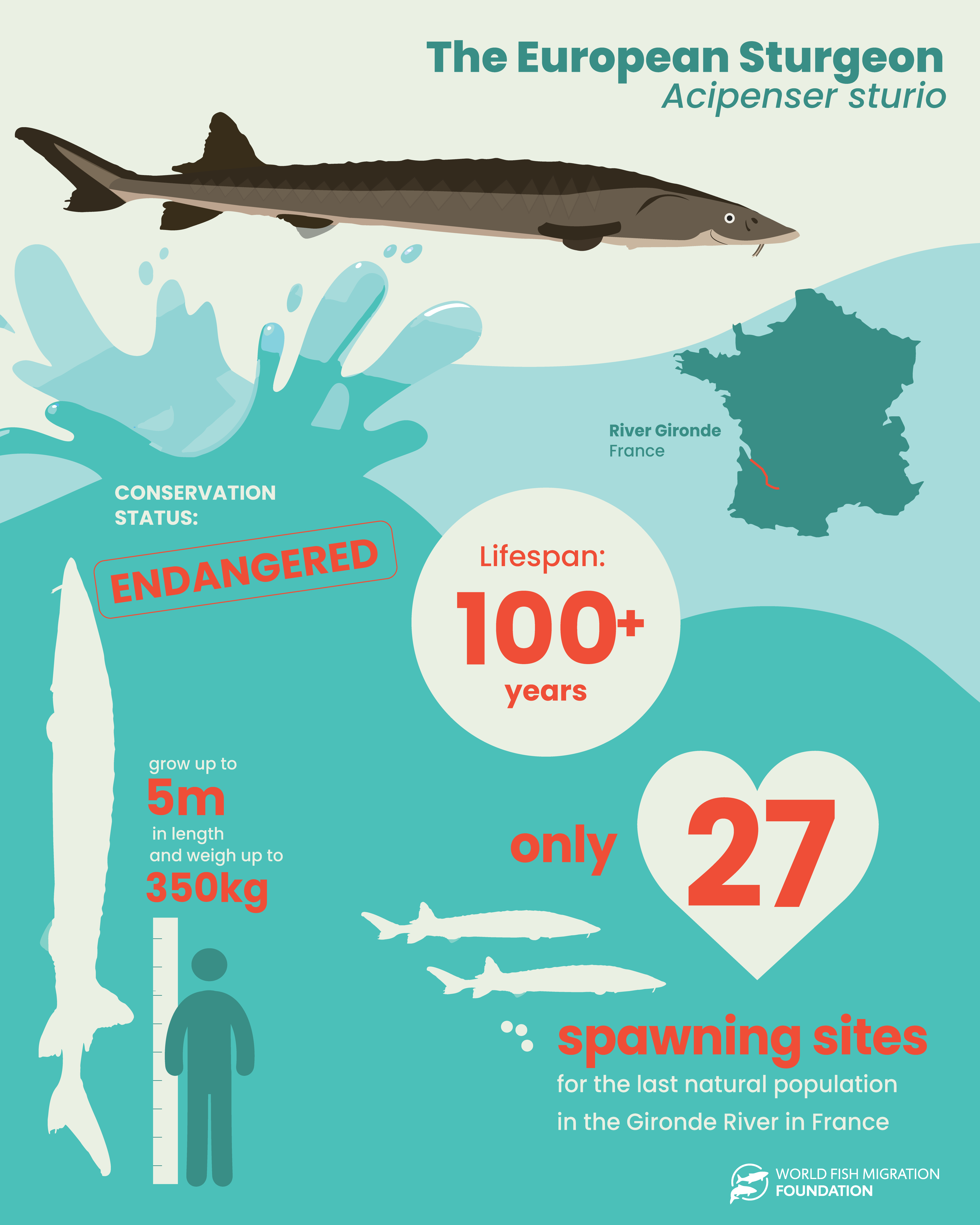